"It's so rare that we get to show some of the capabilities we have, especially one that has gone through finish machining, says Scott Woida, President ADDere, "I think it gives a new perspective to what is possible with the technology."

Are you looking for new ways to produce metal parts? Do you repair or replace metal parts due to corrosion or wear? Are you responsible for maintaining high-value metal parts? Is it time you added metal additive manufacturing to your company's capabilities?

United States government invests $15 million towards the development of the next generation of metal 3D printing technology - advancing U.S. competitiveness and national security.

The Technology of 3D Metal Printing

The powder must be perfectly shaped in order to hold an even surface. A super-thin layer of steel powder is spread out with a roller. Then, a printer head places tiny drops of glue on the areas of the layer that are part of the design.

Who's Afraid of the Big Tall Build?

A Q&A Guide to Etching Metals 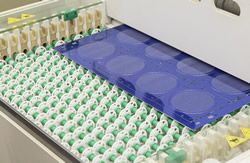 Chemical etching is a metal machining technology that has numerous advantages over traditional sheet metalworking processes, key among which is its applicability to a range of metals and alloys

Desktop Metal, the company committed to bringing metal 3D printing to engineers and manufacturers will be exhibiting its breakthrough technologies for both prototyping and mass production of metal parts for the first time at IMTS, Booth #432300 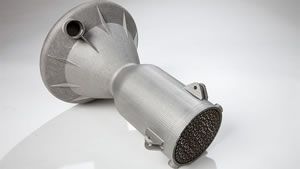 Robert F. Service for ScienceMag: Now, researchers have come up with a way to 3D print tough and flexible stainless steel, an advance that could lead to faster and cheaper ways to make everything from rocket engines to parts for nuclear reactors and oil rigs. 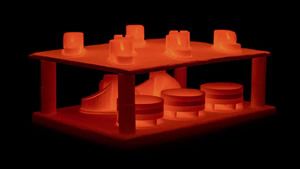 Loz Blain for New Atlas: Desktop Metals Studio System includes a fully-automated, office-friendly sintering furnace with fast cycle times and a peak temperature of 1400°C, allowing for the sintering of a wide variety of materials 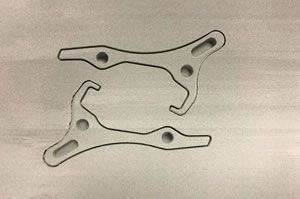