V Home Insurance.com, researched various literature to compile a list of features where 3D Printed homes may have an advantage over traditionally constructed homes 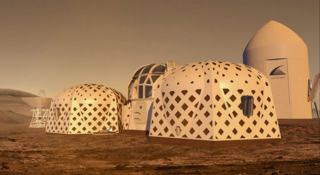 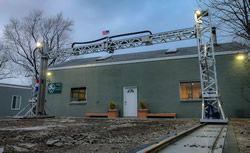 This machine builds everything from homes and commercial buildings, to infrastructure such as roads and bridges.

ICON, in one of the Largest Seed Rounds for Texas Start-Ups in 2018, Announces $9 Million in Funding 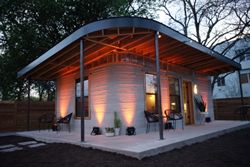 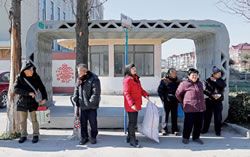 Cao Chen via The Telegarph: Shanghai has installed a set of 3D printed bus shelters, believed to be the worlds first, to serve a bus route in suburban Jinshan district

How Machine Learning Will Unlock The Future Of 3D Printing 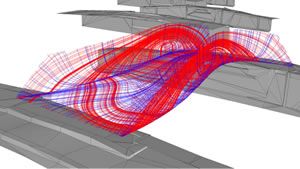 Cliff Kuang for Fast Co.Design: The bridge is really just a proof-of-concept for printed steel applications that range from shipbuilding to offshore oil rigs. Getting there will require not just better software, but robots that can teach themselves how to get better at 3D printing. David Silverberg for Motherboard: Look at the past three years: In March 2017, Dubai construction firm Cazza said it plans to build the world's first 3D-printed skyscraper by 2020 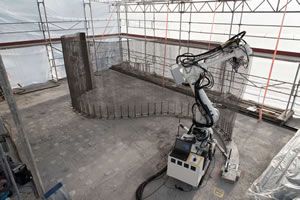 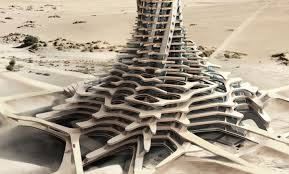 James Dearsley for Seeking Alpha: 3D printing has the promise to provide all of the required solutions for our future cities, but what is the tech currently capable of? 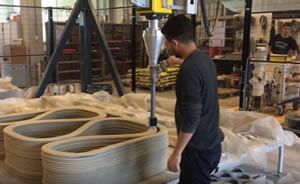 Janene Pieters for NL Times: The bridge is the first of its kind in the world and is printed with pre-stressed and reinforced concrete, according to NOS.

World's first 3D-printed skyscraper to be built in UAE

The Express Tribune:  A Dubai-based construction firm Cazza has announced its plans to build the world’ first 3D-printed skyscraper.  According to the company, the skyscraper will be built in the United Arab Emirates. Cazza uses a 3D printing construction system that combines mobile 3D printing robots with existing construction methods to make construction processes faster and cost-effective. In order to construct the high-rise building, the company will use the ‘crane printing’ technique The firm will be able to 3D print high rises using a new construction technique called ‘crane printing’. For the process, the company will use cranes with added units designed to build 3D structures of 80m and above. While the cranes will 3D print specific parts of the building, the rest of the construction will be carried out via existing methods.   Cont'd...

03/02/17, 01:53 PM | Additive & 3D Printing, Supply Chain | Construction
Lacy Cooke for Inhabitat:  Building a house typically takes months, exacerbating the housing crisis so many people face worldwide. Apis Cor, a San Francisco-based company that specializes in 3D-printing, decided to tackle that crisis with a groundbreaking mobile 3D-printer that can print an entire 400-square-foot tiny home in just 24 hours. What’s more, doing so costs just over $10,000 – a steal compared to most modern homes. On their website, Apis Cor says the construction industry may be sluggish now, but they will persevere in disrupting that industry “until everyone is able to afford a place to live.” Their revolutionary mobile 3D-printer is small enough to be transported, so assembly and transportation costs can be slashed. Although their mobile printer only needs a day to print a home from a concrete mixture, the company says their buildings will last up to 175 years. Not only is their process speedy, but environmentally friendly and affordable too.   Cont'd...

How Industry 4.0 and BIM are Shaping the Future of the Construction Environment

By Mark King, EMEA BIM Solutions Manager, Leica Geosystems via GIM International:  The construction industry is on the cusp of a new industrial age. The fourth industrial revolution, or ‘Industry 4.0’, will see construction coming in line with more digitally developed industries, which will revolutionise not only how physical structures are designed, built and maintained, but also how they are subsequently used. What it means in reality is open to interpretation and the ability to future-gaze. Some anticipate it will mean the use of smart materials and technologies to make our buildings intelligent. Others envisage that it will come to mean autonomous machinery carrying out aspects of production, with minimal human input. But what is commonly agreed is that it represents the use of technology to fundamentally improve the way we design and construct the world around us.   Cont'd...

Michael Fahy for The National:  A teenager who has relocated his start-up business in 3D printing technology from Silicon Valley to Dubai has said that it is ready to begin offering 3D printed houses and buildings. Chris Kelsey, 19, the co-founder and chief executive of Cazza Construction Technologies, has said that its mobile printing robots are capable of printing a 200 square metre house in a single day using just two workers – one to monitor the machine and another to add elements such as steel rebar and electricity cables within pre-determined sections. "If someone wants to build a house, we design and engineer according to 3D standards. From there we bring the machine on site and set up the position where it is meant to print. Once it is in position, the machine 3D prints according to the software design," he said. Mr Kelsey, who was born in Pennsylvania and grew up in California, began to seriously look at the market for 3D printing in construction early last year, using the proceeds generated from the sale of an earlier company – an app and website development business known as Appsitude.   Cont'd...

With Human Element, you will build a strategic partnership with experienced on-shore strategists and developers who understand the pain points unique to manufacturers and distributors. Using Agile methodologies and proven eCommerce website development strategies, our team positions clients for success.
More Advanced Manufacturing and Factory Automation Products | Feature Your Product