M&A Is Poised To Be Tomorrow's Manufacturing Success Story 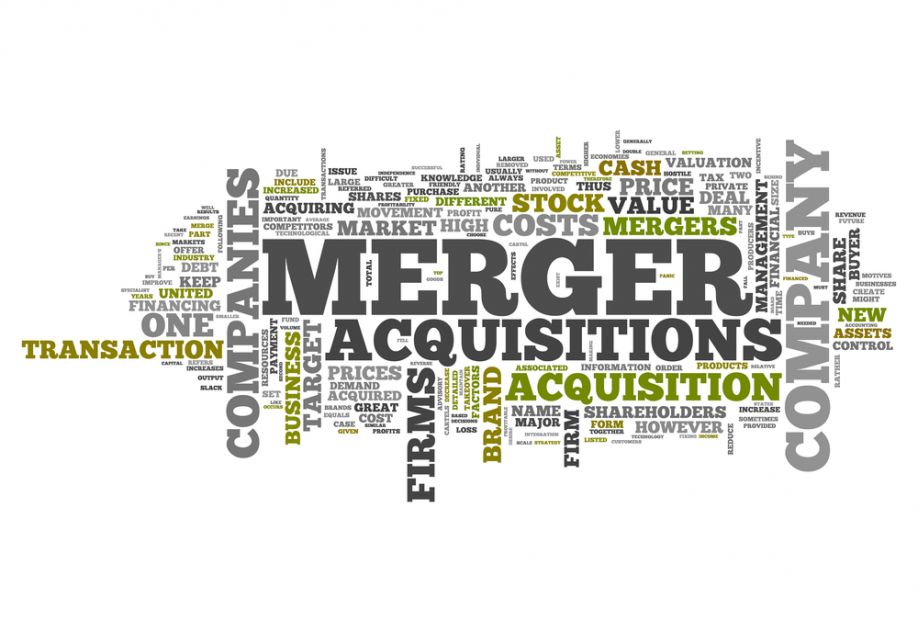 The prioritization of M&A may already be underway. We know that despite some early reticence because of coronavirus uncertainty, industrial C-Suites still prize M&A activity as a main lever of growth, value creation, and competitive differentiation.

Harry Brumpton for Forbes:  It’s an industrial breakthrough destined to transform manufacturing, from the production of entire space shuttle rockets right down to dental implants. It’s only a matter of time before the technology will make it to homes too, experts say, giving you access to on-demand, customizable basketball shoes, toys, housewares and more. 3D printing builds solid objects of almost any design by zapping out tiny melded layers of plastic, metal or whatever else, much like a drip in freezing weather incrementally forms an icicle. This simplifies the complex assembly of heavy objects and intricate designs, in essence reinventing the traditional economics of production. One darling stock of the 3D printing world is 3D Systems, which has posted a whopping return since the start of the new year of 27.54%. But its three-year record is even more eye popping: Minus 77%.   Cont'd.. .

Desktop Metal, an emerging startup with the mission to bring metal 3D printing to all design and manufacturing teams, announced today it has raised a total of $97 million in equity funding since its founding in October 2015. The announcement comes as the result of the latest Series C investment of $45 million, led by GV (formerly Google Ventures), as well as BMW i Ventures and Lowe's Ventures. Desktop Metal will use the funding to continue to develop its technology and scale production as the company prepares for its product launch later this year.  Driven by invention, Desktop Metal is committed to accelerating the adoption of metal 3D printing in design and manufacturing through the creation of innovative technology that produces complex parts. Previous investors include NEA, Kleiner Perkins Caufield & Byers, Lux Capital, GE Ventures, Saudi Aramco, and 3D printing leader Stratasys.   Full Press Release.

Siemens to buy Mentor Graphics amid push to digitize factories

By Christopher Alessi and Natascha Divac, Dow Jones Newswires:  Siemens AG’s planned acquisition of automation and industrial software provider Mentor Graphics Corp. is the German giant’s latest play to stay competitive in the race to digitize heavy industry. Siemens on Monday offered $37.25 a share in cash, equivalent to a 21 percent premium on Mentor’s closing share price on Friday, giving the U.S. company an equity value of around $4 billion.Wilsonville, Ore.-based Mentor, which has agreed to the acquisition, sells software and hardware design-automation tools for the development and testing of advanced electronic systems. The company has a field office in Longmont. Mentor’s shares gained 18.3 percent to $36.30 in recent Nasdaq trading on Monday. “It’s a perfect portfolio fit to further expand our digital leadership and set the pace in the industry,” Siemens CEO Joe Kaeser said.   Cont'd...

08/29/16, 05:39 AM | Automation & Networking, Processing & Handling | Mergers
Located in Londonderry, New Hampshire, LPT's line of laser projection and measurement systems are used throughout manufacturing environments around the globe to maximize productivity and efficiency.

The Star:  Chinese appliances giant Midea moved a step closer to fulfilling its ambition to acquire German industrial robotics firm Kuka with two weekend deals raising its stake to nearly a majority.  Two of Kuka’s biggest German shareholders – technology company Voith and entrepreneur Friedhelm Loh – said they had decided to take up Midea’s offer of €115 (RM512) per share and sell their stakes.  German news agency DPA reported that Voith had agreed to sell its stake of 25.1% for €1.2bil (RM5.34bil).  And Loh told the business daily Handelsblatt he had decided to sell his stake of 10% for nearly €500mil (RM2.22bil).  Combined with its existing holding of 13.5% in Kuka, the two purchases mean Midea now holds 48.5%, or not far from the outright majority, in the Augsburg-based robot builder.   Cont'd.. .

DW.com:  Chinese appliance firm Midea has announced it has launched a cash offer for a stake of 30 percent in German industrial robotics supplier Kuka. The takeover bid has stoked controversy in Germany and Europe. Midea said on Thursday it would offer 115 euros ($130) per share to Kuka owners under efforts to become the biggest single shareholder in one of the world's leading manufacturers of industrial robots. The Chinese appliance maker, which is so far only known to be producing washing machines and air conditioners, also said its offer would end July 15, with no ceiling on the percentage of shares it was aiming to buy.  Kuka shares closed at just above 106 euros in trading at the Frankfurt Stock Exchange on Wednesday. The stock gained about 26 percent since the deal was first proposed in May.   Cont'd...