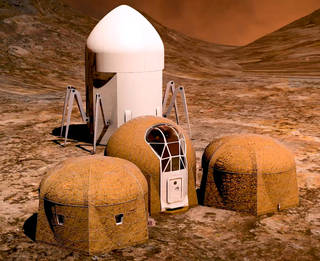 NASA and partner Bradley University of Peoria, Illinois, have selected the top five teams to share a $100,000 prize in the latest stage of the agency’s 3D-Printed Habitat Centennial Challenge competition. Winning teams successfully created digital representations of the physical and functional characteristics of a house on Mars using specialized software tools. The teams earned prize money based on scores assigned by a panel of subject matter experts from NASA, academia and industry. The judges interviewed and evaluated submissions from 18 teams from all over the world and selected these teams: 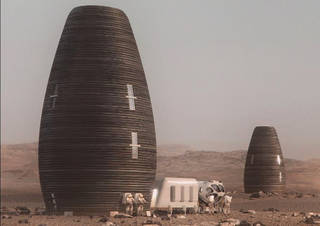 “We are thrilled to see the success of this diverse group of teams that have approached this competition in their own unique styles,” said Monsi Roman, program manager for NASA’s Centennial Challenges. “They are not just designing structures, they are designing habitats that will allow our space explorers to live and work on other planets. We are excited to see their designs come to life as the competition moves forward.”

As NASA advances deep space exploration, reliable life-supporting habitats will be essential. But creating a structure on the surface of Mars is an extraordinary challenge considering the extensive limits on transporting materials and the differences in atmosphere and landscape. The 3D-Printed Habitat Challenge aims to further the progression of sustainable shelters that will someday occupy the Moon, Mars or beyond by pushing citizen inventors to develop new technologies capable of additively manufacturing a habitat using indigenous resources with, or without, recyclable materials.

The challenge, which began in 2014, is structured in phases:

“We are encouraging a wide range of people to come up with innovative designs for how they envision a habitat on Mars,” said Lex Akers, dean of the Caterpillar College of Engineering and Technology at Bradley University, NASA’s partner in this challenge. “The virtual levels allow teams from high schools, universities and businesses that might not have access to large 3D printers to still be a part of the competition because they can team up with those who do have access to such machinery for the final level of the competition.”

The 3D-Printed Habitat Challenge is managed through a partnership with NASA’s Centennial Challenges program and Bradley University. Bradley has partnered with sponsors Caterpillar, Bechteland Brick & Mortar Ventures to administer the competition. NASA’s Centennial Challenges program is part of the agency’s Space Technology Mission Directorate, and is managed at NASA’s Marshall Space Flight Center in Huntsville, Alabama.