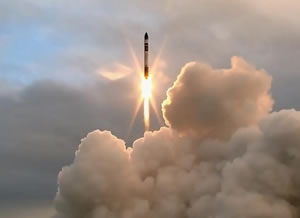 Candice Majewski for Independent:  The rocket that blasted into space from New Zealand on May 25 was special. Not only was it the first to launch from a private site, it was also the first to be powered by an engine made almost entirely using 3D printing. This might not make it the “first 3D-printed rocket in space” that some headlines described it as, but it does highlight how seriously this manufacturing technique is being taken by the space industry.

Members of the team behind the Electron rocket at US company RocketLab say the engine was printed in 24 hours and provides efficiency and performance benefits over other systems. There’s not yet much information out there regarding the exact details of the 3D-printed components. But it’s likely many of them have been designed to minimise weight while maintaining their structural performance, while other components may have been optimised to provide efficient fluid flow. These advantages – reducing weight and the potential for complex new designs – are a large part of why 3D printing is expected to find some of its most significant applications in space exploration, with dramatic effect.

One thing the set of technologies known as additive manufacturing or 3D printing does really well is to produce highly complicated shapes. For example, lattice structures produced in exactly the right way so that they weigh less but are just as strong as similar solid components. This creates the opportunity to produce optimised, lightweight parts that were previously impossible to manufacture economically or efficiently with more traditional techniques.  Full Article: