Cables with the proper shielding, i.e. foil plus braided shield or semi-conductive fleece with foil and a braid shield, prevent the VFD system from radiating electrical noise that can interfere with the surrounding networking, wireless communication, and industrial devices. 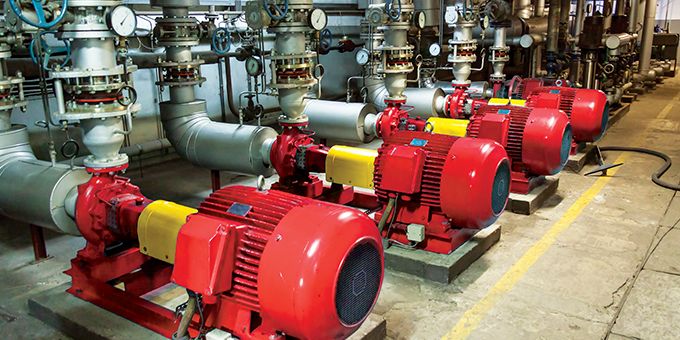 Tell us about yourself and your role with HELUKABEL.

My name is Neal Allen and I am the Vice President of Engineering for HELUKABEL USA, Inc, 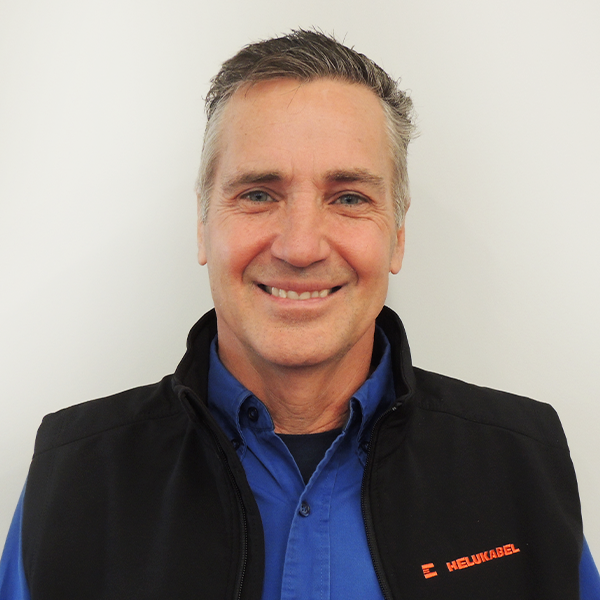 which  is the US affiliate for HELUKABEL, a German-based cable and wire manufacturer. I’ve been in the industrial cable and connector space for over 40 years and have been with HELUKABEL for over 13 years.  In my role, I am responsible for new product development, develop and review all outgoing specifications and technical correspondence, such as competitor product cross references. Additionally, I also support our sales team to provide cable solutions for our customer’s product innovations.

Why is a VFD cable required compared to the traditional THHN cable, which has worked in the past?

The reason is the electrical code has changed. NFPA 79 (ed. 2018) updated Chapter 4, Article 4.4.2.8 - Circuits Supplied from Power Conversion Equipment that states, “Electrical conductors and equipment supplied by power conversion equipment as part of adjustable speed drive systems and servo drive systems shall be listed flexible motor supply cable marked type RHH, RHW, RHW-2, XHH, XHHW, or XHHW-2 or selected based on equipment manufacturer’s instruction.” The general interpretation with regards to Chapter 4, Article 4.4.2.8 is that cables using these insulation types are intended for use inside the panel where the wiring is contained between the drives and protection equipment (of the panels) that may experience unusual overload and/or a fault condition. This carries over to the cables outside of the panel that will experience similar high inrush currents due to rotor lock and high ampacity levels. Thermoset insulations like cross-linked polyethylene (XLPE) resist high temps due to higher-than-normal currents without melting. Thermoplastics will melt when temperatures exceed their maximum operating limit.

Are there low capacitance versions of VFD cable available?

Yes. Most VFD cables are made with either polyethylene (PE) or XLPE insulations, which are low capacitance and provide consistent dielectric properties for better performing VFD motors. XLPE is used in our TOPFLEX VFD products for stationary/flexing applications and our TOPSERV VFD products for continuous-flex applications such as drag chains.

What makes XLPE insulation better than traditional PVC in a VFD cable?

XLPE and PE insulation offer better electrical and mechanical performance benefits in terms of lower capacitance ratings, especially in applications that require long cable runs, (as opposed to other insulation options) to better match the motors impedance for helping to reduce electrical issues in the system that can waste energy and increase electrical noise. Lower capacitance is also important in wet or damp environments as PVC is more susceptible to absorbing moisture, which results in less than half the insulation capability of XLPE. The wall thickness of a VFD cable tends to be thicker allowing it to withstand voltage spikes significantly better. A higher voltage rating is also possible because THHN cable is typically only rated for 600V or 850V at its peak. Today’s drives can see peaks up to 1,300V, which can not only damage the motors, but also the cable and connection points. PVC insulation and thermoplastic jacket degradation, which reduces the insulation properties and can cause damage to critical and expensive equipment/machinery, could occur as well due to the increased conductor temperature that higher voltages bring. XLPE-insulated VFD cables can resist temperatures up to 105°C without the risk of melting, dripping, or simply degrading.

Why should my VFD cable be shielded instead of the conduit I install the cable in?

Utilizing the conduit as your only shield makes a system very rigid with no flexibility for the location of the motors and vibration. The use of conduit may also result in increased EMI/noise concerns to both the VFD and the entire electrical system. Especially, if other high EMI/noise cables are in the same conduit.  Shielding on cables is what prevents systems from interacting with each other. In short, a cable’s shield is its defense against noise. THHN and most generic control/tray cable are constructed using either an aluminum foil shield or they are unshielded. Cables with the proper shielding, i.e. foil plus braided shield or semi-conductive fleece with foil and a braid shield, prevent the VFD system from radiating electrical noise that can interfere with the surrounding networking, instrumentation, wireless communication, and industrial devices.

Can I get VFD cables with capabilities to connect a brake switch on thermistor feedback, i.e. power and signal/control conductors?

Yes. VFD cables can be built with either one or two additional signal/control pairs in addition to the standard four conductors (three power and one ground) to support these features.

Good question. One feature of a VFD cable with symmetrical grounds is a smaller overall diameter. The three grounds are settled into the three interstices of the three power conductors making a more condensed package.  We have also found that cables constructed using symmetrical grounds tend to be more flexible in the larger gauge sizes.

Discovered by research conducted in the 70’s, another benefit of using three grounds instead of one is the ground wire noise on large VFD cables (≥10 AWG) balances better, which causes lower induced ampacity impact on a system. The digital sine wave of each phase of a VFD is 120 degrees out of phase from the other phases and induces more current in the closest ground wire. Therefore, each ground wire will have an induced current and voltage potential, but 120 degrees out of phase from the other two. This means the magnitude of the voltage impact will be less.

Can these cables meet UL and NEC guidelines when used in cable tray?

Yes, VFD cables are built to meet the requirements of UL 1277 for tray-installed cables that don’t exceed 600V as well as UL 2277, which governs cables being installed in trays up to 1000V. They also comply with NEC article 336 for type TC cable. Furthermore, HELUKABEL’s TOPFLEX and TOPSERV VFD products also have the exposed run (-ER) approval that allows cables to leave the tray unprotected up to six feet to be installed without the fear of being unprotected by the conduit or tray.

Why do you feel VFD cable is the best choice for process automation and material handling?

Overall, VFD cables offer better electrical and mechanical performance benefits than traditional THHN power cables. The world we are in today demands high output, which can only be achieved during continuous operations that are unabated by machine downtime due to signal transmission distortion (EMI) or physical cable failure. While VFD cables might seem to be a larger up-front investment, when the entire process is evaluated, the upfront costs and performance outweigh installing the incorrect cables just to get the job done and the system brought online as quickly as possible.

TE Connectivity's M8/M12 connector system has been designed for the challenges of industrial environments. These heavy-duty connectors are pre-assembled and watertight even when submerged, making them ideal for harsh environments such as actuators, PLCs, I/O boxes, sensors and switches in HVAC systems, alternative energy, factory automation and robotics. Beyond being robust, these interconnect solutions are also high-speed supporting up to 10 Gb/s of bandwidth increasing productivity and efficiency and decreasing downtime.
More Products
Feature Your Product