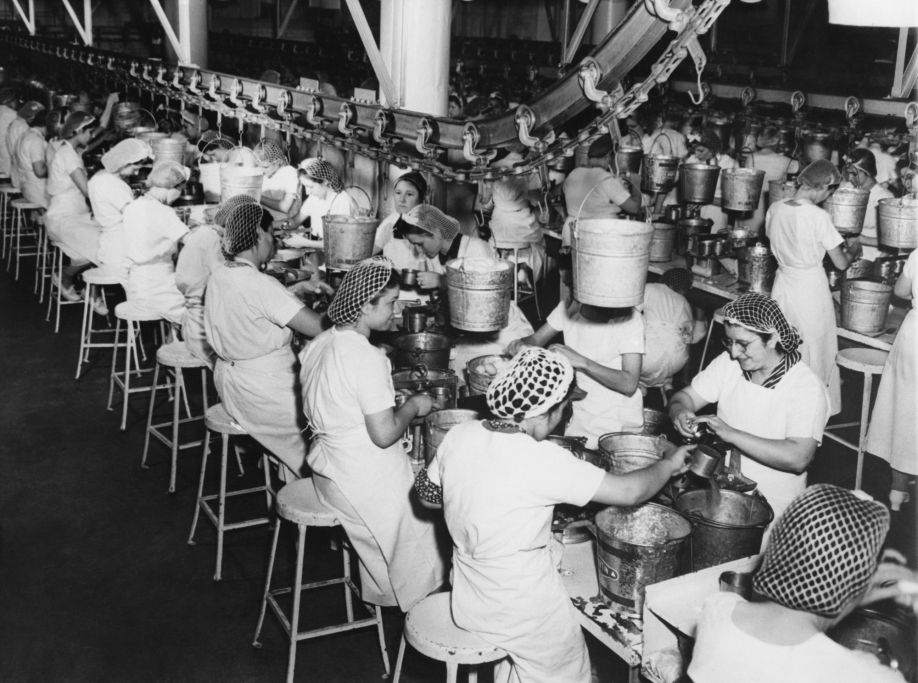 Current discussions of the effect of the global COVID-19 pandemic are teeming with references to World War II, and the similarities prove there is a valuable lesson to be learnt. At the beginning of the UK lockdown, during a public broadcast, Queen Elizabeth II urged the population to adopt the same discipline and resolve that the people had shown during the war.

A look at manufacturing and the COVID-19 pandemic shows the comparison to WWII is an apt one. From victory gardens to discussions of shared sacrifice to ramping up production of critical supplies, the parallels between the health crisis and WWII are hard to ignore.

And while that generation was asked to leave their homes to fight or join the war effort, people today are being asked to stay at home to prevent the spread of the virus.

What lessons can manufacturers learn from WWII, and what do they need to do to survive the coming changes? In this post, we’re looking back through the lens of history to examine the answers to these questions and help companies chart a strategic path forward.

Many manufacturing heroes have already pivoted production to needed supplies such as ventilators, personal protective equipment (PPE) and hand sanitiser. While drivers include practical considerations like filling gaps in revenue, it’s also about the common good.

First and foremost, these changes in production are undoubtedly saving lives by helping overcome critical hospital shortages. They’re also keeping workers employed who might otherwise be furloughed due to a drop in demand or supply chain disruptions.

What’s also true, however, is that making these bold changes can help us all recover more quickly from the crisis and become better equipped to tackle future threats. Because the faster companies can manufacture supplies, treatments and even vaccines, the faster we can overcome this invisible enemy—and be better prepared for any second wave.

The second world war saw a massive influx of new workers in manufacturing as the country quickly shifted into high gear to produce airplanes, carriers and other equipment. In today’s environment, it’s similarly clear that employees will have to pivot to new roles they may be unfamiliar with.

In addition to changes in production, there’s also the fact that manufacturers will likely be dealing with lower staff density due to social distancing as well as potential spikes in absenteeism.

What can manufacturers do to prepare for this reality?

This last point is especially important in the context of what comes after the crisis has abated. While millions are unemployed now, a rebound in hiring could eventually increase poaching for top talent. However, companies can’t afford to be caught with key positions unfilled when trying to regain productivity levels.

If You Fail to Plan, You Plan to Fail

Before the onset of WWII, the UK was far from ready for the conflict. In 1939, the British Army was a small, volunteer professional army, with limited weapons which had suffered defeat at every war it was deployed to.

In September of 1939, the British Army had a total of 892,697 officers, compared to the end of the war which saw almost three million men having served for their country. It’s of no surprise that the British were woefully unprepared for a war in the beginning, with multiple enemies on all fronts.

In the context of the COVID-19 crisis, the parallel is unmistakable: failure to plan is the same as planning to fail. The writing is on the wall, both in health and economic terms. Manufacturers must plan now for a potential second wave of the virus, with many companies already preparing pandemic plans for just such an occurrence. Reducing operational costs with tools such as layered process audits to combat waste and improve process efficiency will be key to surviving economic changes.

Things Are Going to Look Different

WWII changed everything, driving recovery from one of Britain’s biggest economic recessions, while putting the UK on a trajectory for massive social change (not least of all by giving women a chance to be part of industries they had not previously worked in).

While we don’t yet know what awaits after the crisis is over, experts agree that things won’t be the same once the widespread lockdowns have ended. Handshaking may be out permanently. Remote work and tele-health are in.

For manufacturers, reliance on globalised supply chains and just-in-time manufacturing will be called into question. The case for digital transformation has never been stronger, allowing manufacturers to achieve greater levels of efficiency with fewer resources.

Experts at McKinsey have deemed it the next normal, saying leaders must “reassess their entire business system and plan for contingent actions in order to return their business to effective production at pace and at scale.”

Versatility will be key to survival, just as quality will be integral to the ultimate success or failure of any new manufacturing initiative.

The story of WWII is one of not just heroism, but also industrial power. Just as the manufacturing boom helped lead the UK out of a crisis, manufacturers today are similarly poised to help move the country forward after the crisis.