Heilind Electronics, a leading global distributor of electronic components and authorized distributor for Amphenol Industrial, has expanded its selection of harsh environment interconnects with the manufacturers MIL-DTL-26482 Series I connectors.


Available in both commercial off-the-shelf (COTS) and MIL-SPEC versions, 26482 Series I connectors feature quick-disconnect bayonet coupling and twice the number of contacts in half the size of a standard connector. The versatile 26482 I series is offered with either gold-plated solder or crimp contacts, including MIL-C-39029-approved styles. Additionally, the connectors support up to 23 A and wire gauges ranging from 24 to 12 AWG.

One of the key features of 26482 Series I connectors is their rugged construction. These environmentally sealed connectors are built with lightweight aluminum alloy shells and operate in temperatures ranging from -67 to +257 degrees Fahrenheit. Liquid-tight assembly is enforced with a resilient neoprene insulator and integrated rear wire sealing grommet. 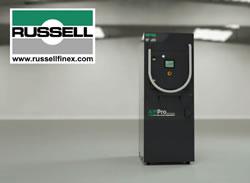 The Russell AMPro Sieve Station™ guarantees the quality of your additive manufacturing (AM) powder, and has been designed to provide optimum sieving efficiency, ensuring your powder is ready for use or reuse as and when you require it. With a simple one-button operation and mobile design, this automated check screener ensures your powder at every stage of the process is qualified for use quickly and safely. The flexibility of the Russell AMPro Sieve Station™ means you can use the system for numerous powder handling tasks - being a modular design ensures the machine can be configured to meet your exact requirements.
More Products
Feature Your Product

The Three-step Guide to Buying Automation