Rick Caldwell, president and founder of SCADAware, gives presentation on the career accomplishments of his long-time mentor and automation industry pioneer, Dick Morley, at the 2016 CSIA Executive Conference award ceremony.

The Lifetime Achievement Award was created to allow the CSIA to recognize individuals outside its membership for contributions to the automation and control system integration industry.
"Every so often, a person comes along who changes the way we live our daily lives and things are never the same again. They represent a paradigm shift: they cause a permanent change in our idea of what is possible," said Caldwell during his presentation. "For our industry, that person is Dick Morley, the father of the PLC. In fact, as control system integrators, our business may not exist as we know it today if it had not been for Morley. So it is truly fitting that he is the first recipient of this lifetime achievement award."
Morley changed the face of industrial automation with the invention of the programmable logic controller (PLC). Morleys love of discovery led to many technology advancements. For more than four decades he has contributed to revolutionary achievements in computer design, artificial intelligence, automation, and futurism.
Morley has more than twenty U.S. and foreign patents, and has been recognized with many awards, such as the Franklin Institutes prestigious Howard N. Potts Award, Inc. Magazines Entrepreneur of the Year, and the Society of Manufacturing Engineers Albert M. Sargent Progress Award. He was also inducted into the Automation Hall of Fame.
Morley could not attend the awards banquet due to health concerns. Caldwell, Rivera and a small group of additional CSIA members presented Morley with the award on March 11, 2016 at his residence in Milford, New Hampshire.
Morley has mentored many engineers through the years. "Some of us have the good fortune to know Dick personally. I myself am one of those lucky individuals," said Caldwell. "Through the years, Dick has intrigued, inspired and mentored me. I am proud to have had the opportunity to share a little about the pioneer responsible for driving innovation in our business."
To learn more about Morley, visit SCADAwares website Dick Morley tribute page.
About SCADAware
Founded in 2000, SCADAware, Inc. is a control system integrator providing strategic industrial automation solutions for clients across a wide range of manufacturing and process industries. The company specializes in the design and implementation state-of-the-art control systems and Supervisory Control and Data Acquisition (SCADA) systems to help clients improve operations performance, safety, efficiency and overall profitability. SCADAwares automation systems have been installed around the world for clients including Fortune 500 firms, US military, heavy equipment manufacturers, municipal freshwater and wastewater treatment facilities, industrial wastewater facilities, food and beverage manufacturers, automobile manufacturers, grain handling facilities, alternative energy industries and others. To learn more about SCADAware, please visit SCADAware.com.
04/22/16, 05:27 AM | Automation & Networking, Design & Development | SCADA
Subscribe to Newsletter
More Automation & Networking News | Stories | Articles 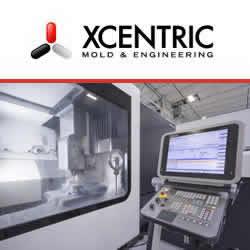