As miniaturization advances, devices get smaller and smaller, as do the circuit boards upon where the sockets are mounted. As a result, the connector’s dimensions of 7 mm to 11 mm become comparatively large and the product designer must ensure sufficient space is allocated. 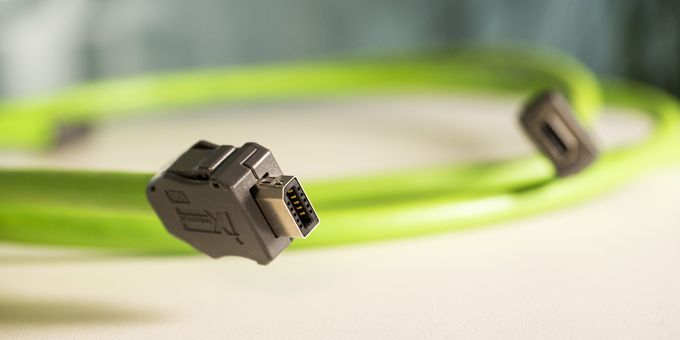 Article from | The Helukabel Group

Hardly any other connector is as widely used as the RJ45 (also known as the western plug). It has been around since the 1970s, and in the decades that followed, technologically superior variations were developed for use in industrial applications. It’s hard to imagine the industrial world today without them, not just for their convincing price to performance ratio, but because they are almost synonymous with Ethernet connections. However, this could change as the ix Industrial interface has recently emerged as a promising alternative with a significantly smaller design and more robust construction (Fig. 1). It is opening up new opportunities in device manufacturing and offers benefits to end users. 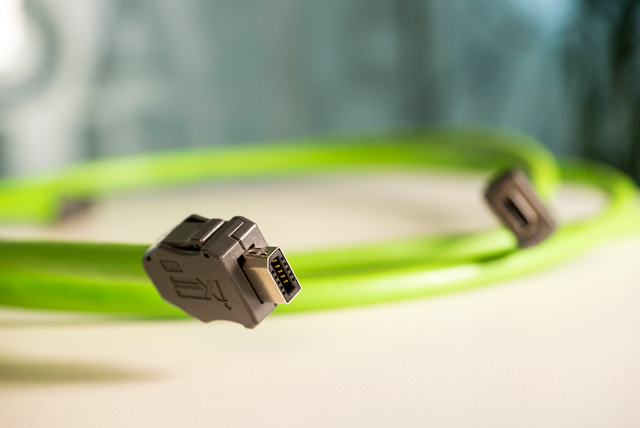 RJ connectors were introduced in the 1970s by Bell Laboratories in the USA and standardized a few years later by the FCC (Federal Communications Commission). One of the best-known versions is the RJ45 connector – used for telecommunications and data transmission in offices for decades – that connects PCs to wall outlets with patch cables ranging from Category 5 to Category 7. Over the years, more technologically advanced, industry-approved RJ45 connectors have been developed. These are compatible with larger cables and wires, can be assembled without crimping tools, and are shielded to meet industry EMC requirements. A popular example is the RJ45 connector used in Siemens DRIVE-CLiQ systems, which has two integrated power contacts that allow data and power transmission over a single cable; up to eight data cables (four pairs) and two power cables can be connected to it.

The RJ45 is a barrier to miniaturization

While the features listed above are adequate for the RJ45, it does pose significant drawbacks. First, the connector is not robust enough for many applications; industrial versions only have one locking hook, which unlike the plastic office version, is made of metal and thus provides at least some durability. A far more serious drawback, however, is the size of the plugs and sockets.
As miniaturization advances, devices get smaller and smaller, as do the circuit boards upon where the sockets are mounted. As a result, the connector’s dimensions of 7 mm to 11 mm become comparatively large and the product designer must ensure sufficient space is allocated. The limits of miniaturization, especially for compact mobile devices, displays, small programmable controllers, cameras, and sensors, are then defined by the size of the RJ45 connector. It’s easy to understand why a smaller Ethernet connector would be desirable.

A modern alternative that could replace the RJ45 industrial version has recently emerged: the ix Industrial interface with 10 contacts, Cat 6A classification, and data transmission rates of up to 10 Gbit. It is compliant with IEC/PAS 61076-3-124 and due to multiple advantages could potentially supersede the standard industrial RJ45 in its implementation as a robust, miniaturized Ethernet interface.

Editors Recommendation "How Humans & Tech Harmonize in the Manufacturing Industry"

Some advantages of the ix Industrial interface include a more compact mating surface and high mechanical robustness. Designed with industrial settings in mind, it has two sturdy locking mechanisms with metal hooks to ensure resistance to vibrations and contact durability. It is suitable for ambient temperatures from -40°C to +85°C (-40°F to 185°F) and shielding provides EMC robustness. The space-saving aspect of the ix female connector is truly impressive: it only requires 30 percent of the space of a RJ45 female connector (Fig. 2), thus allowing circuit board size to decrease even further, which is key to device miniaturization. At the same time, efficiency and sustainability also improve, as smaller housings require fewer raw materials. A smaller fan with lower power consumption is also more likely to suffice, given less air is needed to circulate in the housing. Therefore, the ix Industrial interface makes sense from an economic and ecological point of view. Furthermore, it could be a far more reliable alternative to USB connectors on inspection cameras.

Fig. 2: With the new ix Industrial connector, a packing density 5-times larger than a conventional RJ45 can be achieved. (Creator: Helukabel)

New connector technology often requires cable manufacturers to adapt existing products or develop new cable technologies. Given its early stage, cable manufacturers are optimistic about the opportunities offered by this new Industrial Ethernet interface and their ability to provide plug-and-play assembly solutions with ix Industrial connectors to device manufacturers (Fig. 3). The industry focus is currently automation technology, video and camera technology, visualization in mechanical engineering (e.g. detection, quality assurance, etc.), and companies that manufacture measurement systems, all whom require patch cables to transmit power and data. Additionally, cables with "mixed" connections, i.e. ix coding at one end and RJ45 coding at the other, need to be offered as the market adopts this new technology. 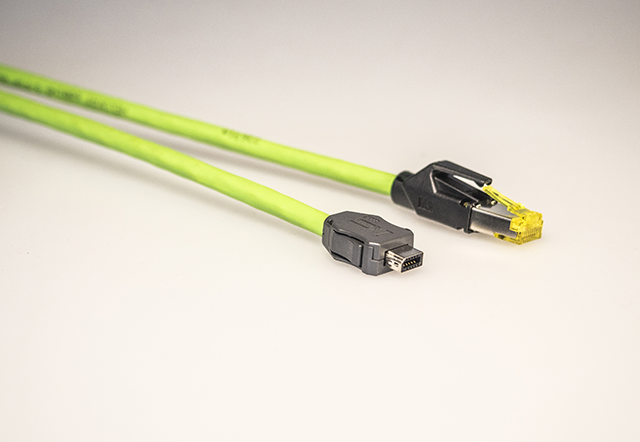 The ix connectors are currently available with A-coding for standard Ethernet (4 or 8 pins, plus two power cables rated at 3A for 50 or 60V DC), or B-coding for application-specific installation; both versions are straight (Fig. 4). Two 90°-angle plug versions as well as a field-wireable plug with C-coding for standard Ethernet will be launched in 2020. The significant space-savings compared to their RJ45 counterparts open additional miniaturization opportunities to device manufacturers, especially since horizontal, vertical, or upright versions of the corresponding housing are also available (Fig. 3). Durability, compactness, high data transmission rates, and a double locking mechanism clearly speak for the new ix Industrial interface. Now the wait begins to see how the market responds.

Transforming Legacy Manufacturing Enterprises With AI on the Edge