EPC’s Accu-CoderPro™ programmable encoders are specifically designed for the challenges of an industrial environment. Contained within the rugged, industrial housing is an advanced set of electronics that allow the encoders to be programmed to your exact application needs.

As we were setting up our exhibitor’s booth this year at PackExpo, we were approached by Craig DeMello, Application Engineer for Soft Robotics in Bedford, Massachusetts.

Soft Robotics enables robotic automation for large markets and labor-starved industries such as food and beverage, advanced manufacturing, and e-commerce and retail. Leveraging patented material science and AI algorithms, Soft Robotics designs and builds automation solutions and soft robotic gripping systems that can grasp and manipulate items with the same dexterity as the human hand.

But Soft Robotics had a problem : “We had a last-minute issue with an encoder on a system we’d built specifically for PackExpo,” said Craig DeMello. “The day before the show, we had to replace that encoder. We needed a specific count – a very specific encoder.”

Craig reviewed the list of exhibitors and found Encoder Products Company (EPC), North America’s largest privately-held encoder manufacturer. He visited our booth and said, “Our show demo is down, and we need an encoder to get it back up and running.”

He showed the defective encoder to Tracey Howard, Global Marketing Manager for EPC (see photo, at right), and asked, “I’m guessing the answer is no, but I don’t suppose you have anything that would work?” Fortunately, EPC could help.

The demo has side-by-side conveyors that run while a Soft Robotics gripper on an ABB FlexPicker quickly executes pick-and-place tasks from above. The shaft on the encoder on the gearmotor driving the demo’s front conveyor had snapped off.

“The demo uses the FlexPicker and ABB’s picking software. The encoder in question is on the belt from which the robot picks items, and the robot must keep track of each object – from the time the camera sees the object to the time it’s picked. That means it’s imperative that the robot knows where that product is when it goes to pick it – and the system has to be very accurate.”

“Craig showed me the defective encoder and told me what specs they were looking for. I cross-referenced it on the fly, and the programmable Model 25SP was the obvious solution,” explains Tracey.

The Model 25SP is a programmable Size 25 encoder specifically designed for the challenges of an industrial environment. Contained within the rugged, industrial housing is an advanced set of electronics that allow the encoder to be programmed to exact application needs. Using EPC’s optional programming module, users can:

These programming features allow a single encoder to be configured for multiple applications, enabling one encoder to replace many different part numbers, providing cost savings on inventory and down-time replacement. The Model 25SP Accu-CoderPro™ comes standard with dual bearings rated 80lbs axial or radial, and can be specified with up to IP67 sealing. Some configurations are even in stock and ready to ship. So even if we can’t hand you the encoder to you when you need it, we can ship it out right away.

“It was really nice of Tracey to help us out,” says Craig. “His team was able to setup the counts and wiring on the new encoder for us very easily. In fact, all we had to do was change the mounting bore – that was it. We had it installed and our machine up and running in just a few hours. And we’ve ordered a couple more Model 25SPs to have onhand, since they’re so versatile.”

“We’re known for our fast delivery,” says Tracey, “but this was a record, even for us.”

In this video, see how quick and simple it is to program the Model 25SP. Or click here for the product specs. 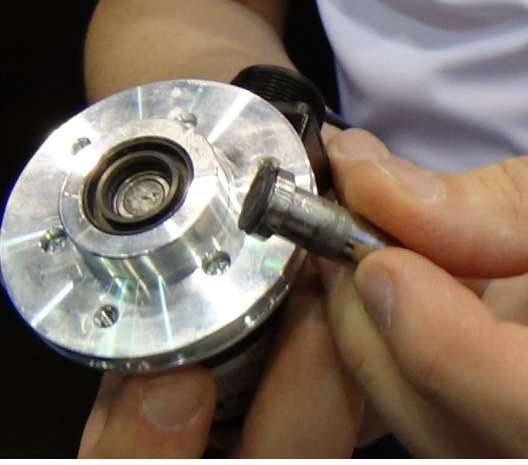 Competitor’s encoder with shaft snapped off (above). Soft Robotics needed a replacement on their machine FAST (below). 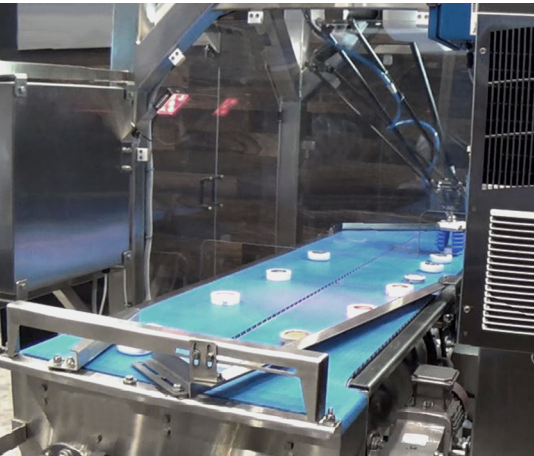 EPC’s Accu-CoderPro™ programmable encoders are specifically designed for the challenges of an industrial environment. Contained within the rugged, industrial housing is an advanced set of electronics that allow the encoders to be programmed to your exact application needs. Choose from 6 different output types, 32 different waveforms, and program any resolution from 1 to 65,536 CPR – that’s 262,144 counts using 4x quadrature counting. 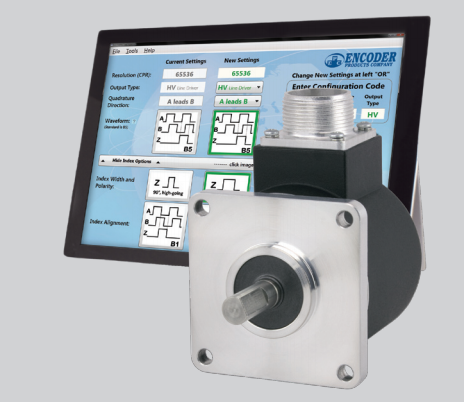 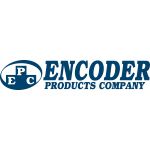 Encoder Products Company (EPC) is a leading designer and world-wide manufacturer of motion sensing devices. EPC began operations in 1969, producing a line of custom encoders (the original Cube series) from a small, home-based shop. Today, EPC is the largest privately-held encoder manufacturer in North America, producing the most complete line of incremental and absolute rotary encoders in the industry. Meeting the diverse needs of a wide range of global customers, EPC's core philosophy is that each and every customer deserves quality products, superior customer service, and expert support. Adherence to these principals has enabled EPC to achieve its goal of maintaining long-lasting customer relationships.