Minimising cyber security threats on industrial control systems. Without a strong commitment to security, manufacturers will fall victim to the many pitfalls faced by open protocols.

Manufacturing sites of all kinds now find themselves potentially vulnerable to new types of cyber-attacks - the kinds that turn our own connected devices and equipment against us.

How the Manufacturing Industry Can Defend Against Cyberattacks

In the manufacturing industry, you have no option to continue ignoring the threat to your data. Digital security must take as much precedence, if not more, as the physical security of your facility.

The more digitized the manufacturing process becomes, the greater the potential for an attack if a manufacturer is not able to assure security measures on their identified assets

The Industrial IoT Risks You Must Not Ignore in 2018 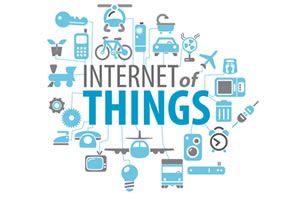 Scott Allen for Sys-Con Media: Security, therefore, will ultimately be the limiting factor on how much IoT technology is deployed. 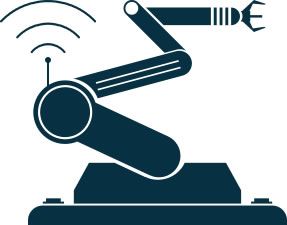 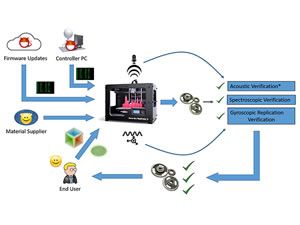 Manufacturers who can uniquely identify individual parts in a secure manner have an advantage over the competition, which is struggling to master this new concept. With ioTrust, manufacturers can associate their products with a secure, unique identity, that can extend through the supply chain.

IIoT And The CyberThreat: A Perfect Storm Of Risk

Chris Grove for MBT Mag: Some organizations have a false sense of security and believe their industrial control systems cant be easily compromised.

Why PKI matters for the IIoT Strong authentication of all devices within an IIoT network is one of the fundamental requirements for securing these networks.

Cybersecurity in the Factory Technology for Industrial Control Systems and SCADA are now available that allow for continuous monitoring of these critical systems. A baseline is created and any deviations can be alerted and acted upon.

Dustin Walsh for Crain's Detroit Business:  U.S. manufacturers are rapidly boosting investment in advanced digital technologies, according to a survey to be released Monday by Troy-based technology business association Automation Alley.  The survey coincides with the association's 2017 Technology Industry Outlook event on Feb. 13 at the Detroit Institute of Arts. Nearly 400 manufacturing and technology business leaders are expected to attend. According to the survey, 85 percent of U.S. manufacturing executives responded they plan to increase existing budgets for new technologies, with nearly a third planning to increase budgets by up to 15 percent.  More than half of the respondents said they have a dedicated budget to technologies described as Industry 4.0, with the top three being cloud, cybersecurity and data analytics.   Cont'd...

Bloomberg News:  China has green-lit a sweeping and controversial law that may grant Beijing unprecedented access to foreign companies’ technology and hamstring their operations in the world’s second-largest economy. The Cyber Security Law was passed by the Standing Committee of the National People’s Congress, China’s top legislature, and will take effect in June, government officials said Monday. Among other things, it requires internet operators to cooperate with investigations involving crime and national security, and imposes mandatory testing and certification of computer equipment. Companies must also give government investigators full access to their data if wrong-doing is suspected. China’s grown increasingly aggressive about safeguarding its IT systems in the wake of Edward Snowden’s revelations about U.S. spying, and is intent on policing cyberspace as public discourse shifts to online forums such as Tencent Holdings Ltd.’s WeChat. The fear among foreign companies is that requirements to store data locally and employ only technology deemed “secure” means local firms gain yet another edge over foreign rivals from Microsoft Corp. to Cisco System Inc.   Cont'd...

Press Release via AutomotiveWorld:  “Data drives our production – you innovate from our data” is the motto of the Smart Factory Hackathon, which was held at the Audi Forum Ingolstadt from October 19 to 21. Talented young data-science specialists from the fields of IT, mathematics and engineering developed innovative software solutions for the factory of the future, based on genuine but anonymized data sets from Audi’s production. On Friday afternoon, the winners of the IT competition were awarded their prizes: The “Happy Unicorns” team won first prize with its idea on the subject of container management. The Smart Factory Hackathon is a programmers’ marathon in which participants work out digital solutions and prototypes for genuine application cases over a period of 24 hours. For the competition, more than 20 departments from the pre-series center, toolmaking, paint shop, assembly and logistics had provided anonymized data sets with which the teams had to work. The results were assessed by a jury of four Audi experts and the startup consultant Thorsten Weber from “UnternehmerTUM,” the center for innovation and startups at the Technical University of Munich. The teams then presented their ideas to an audience. The winners were decided equally by the jury assessment and the audience’s votes.   Cont'd...

Conner Forrest for TechRepublic:  University researchers were able to sabotage a drone by hacking the computer controlling the 3D printer that made its parts, according to a research paper released Thursday. By changing the design of the propellor before printing, they caused the $1,000 drone to "smash into the ground" and break, shortly after take off. The paper, titled dr0wned - Cyber-Physical Attack with Additive Manufacturing, was a joint effort from researchers at Ben-Gurion University of the Negev (BGU), the University of South Alabama, and Singapore University of Technology and Design. In the paper, the researchers explained how they committed the cyberattack, and what the attack could mean for the future of 3D printing security. Using a phishing attack, the researchers gained access to the PC that was connected to the 3D printer.   Cont'd...