Exploring the Potential of Smart Factories for Modern Auto Manufacturing 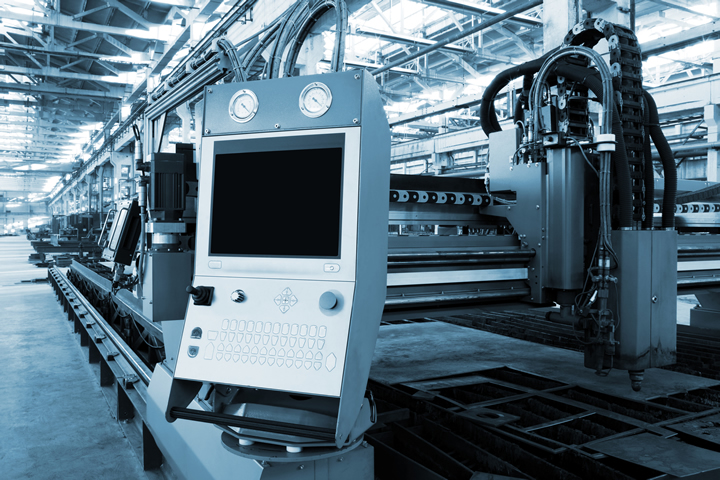 The auto manufacturing industry is thriving. In the U.S. alone, the sector regularly produces more than 10 million vehicles annually, and as the population grows, demand will likely increase. As the industry continues to climb, capitalizing on the latest technology can help push it further.

Smart factories, in particular, could transform the automaking industry to reach its full potential. As the sector grows more competitive, manufacturers that embrace this trend early could see promising results.

What Is a Smart Factory?

According to a 2020 report on smart factories in auto manufacturing, three key digital technologies enable these facilities: connectivity, intelligent automation, and cloud-scale data analytics. Things like internet of things (IoT) sensors, robotics, and predictive analytics all work together to bring information technology (IT) and operational technology (OT) together. This IT/OT convergence lets factories work as a cohesive, largely autonomous unit.

Similarly, Deloitte outlines five key characteristics of smart factories. They are connected, optimized, transparent, proactive, and agile, thanks to how they capitalize on digital technologies.

The State of Smart Factories in Auto Manufacturing

Despite smart factories being a relatively new concept, they’ve seen impressive adoption figures in automaking. According to the aforementioned 2020 report, 30% of automotive factories are now smart. That exceeds the 24% that surveyed automakers had planned to reach by now.

The automotive industry plans to continue this growth, aiming for 44% of its factories to be smart by 2025. That’s higher than any other manufacturing sector, as was its previous growth.

Mercedes-Benz, Renault, Audi, Volkswagen, and Toyota have all upgraded some facilities to smart factories within the past few years. As other industry players recognize the benefits of these technologies, more will follow suit. Before long, smart factories could become an industry standard.

Just as automakers led the lean manufacturing revolution, it appears they’re leading Industry 4.0. Still, the popularity of a movement alone isn’t sufficient evidence of a trend’s actual potential. Manufacturers should only engage in something so disruptive if it can deliver tangible, real-world benefits.

In that spirit, here are five ways that smart factories are transforming and could continue to improve auto manufacturing.

Automation is already essential to modern auto manufacturing, but smart factories take it further. While robotics are often faster and more accurate than humans in repetitive workflows, they lack humans’ flexibility, causing disruptions when factors change. The interconnectivity of a smart factory can mitigate that weakness.

In a smart factory, robotic systems can communicate through IoT connectivity. With everything working as a cohesive unit, automated workflows can adapt to unforeseen circumstances. When a new situation arises in one area, all of the robots will learn of it in real-time and automatically adapt, preventing widespread disruption.

These ongoing optimizations are crucial in an industry as adaptive as auto manufacturing. Many automakers rebadge existing models to meet demand or bolster sales, requiring slight adjustments. When it comes time to do so, smart factory analytics can reveal how to adjust lines to create these rebadged models with minimal disruption.

Mercedes-Benz has already put this concept into practice. One of the company’s smart factories can produce multiple models on one line thanks to intelligent workflow analytics.

Similarly, smart factory analytics can help auto manufacturers adapt to larger shifts. Vehicle trends frequently change, as seen in the extensive evolution of the muscle car in its relatively short history. The agility of a smart factory enables manufacturers to meet these changing demands faster, minimizing disruptions while maximizing profits.

Predictive analytics engines in factories can take consumer trends into account on top of workflow data. With all of this information, they can suggest how best to augment factory workflows to accommodate rising trends. Automakers can then capitalize on shifting markets with minimal delay.

Digital twins also let manufacturers run simulations for new workflows or design changes. By testing these changes on digital models first, automakers can find the optimal solution before spending time and money on it.

Smart factories’ extensive IoT networks also enable them to take more control over their resource consumption. IoT sensors can monitor factors like energy usage in real-time, providing more insight into these areas than previously possible. Many can also adjust systems automatically to maintain productivity with the lowest possible consumption.

Some factories have saved as much as $400 million by managing their energy more efficiently. IoT systems provide the data and control facilities need to achieve that. Similarly, these devices can reduce water, gas, and other resource consumption, minimizing costs and improving sustainability.

IoT networks can also reduce expenses related to equipment maintenance. Sensors in machines enable predictive maintenance, which alerts workers of when to fix equipment before costly breakdowns occur. This practice can reduce maintenance costs by 25%, according to some reports.

One less-publicized benefit of smart factories is how they enable greater product personalization. In an industry like the automotive sector, where aftermarket customization is prominent, this can yield substantial returns.

Since smart factories are so much more efficient, they can cater to higher levels of customization without dramatically affecting overall output. Similarly, they can produce custom products more easily, as IoT connectivity and workflow optimization enable more flexibility.

A smart automotive factory could theoretically produce entirely custom vehicles at a rate similar to that of a traditional facility making mass-produced models. This shift would thoroughly disrupt automaking, placing more power in the hands of the consumer. Sales and customer attitudes would likely see a significant rise.

The smart factory movement is clearly more than a trend. These innovations have already brought major improvements to the auto manufacturing industry, and its full potential remains untapped. As more automakers embrace this movement, it will reshape the entire sector.

Posted by Milly Patterson on 12/19/21, 04:11 AM
Thanks for a great article. There is a lot of interesting information. The world moves forward improving the working processes through digitalisation and keeping up with the latest manufacturing technology trends. Integrating the industries into data-driven and data control organisation becomes essential to keep the pace with the clients and competitors. Manufacturing will turn into the autonomous, robotic, smart interaction of the processes and things, which will allow to reinvent the understanding of the industry from the basics.