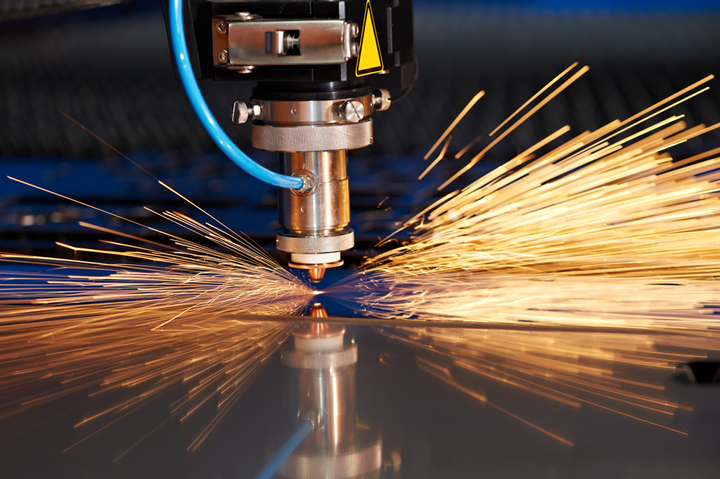 Growing demand and a widening industry skills gap have metal fabricators looking for ways to improve efficiency and product quality, even when additional labor may be hard to find.

For many fabricators, the answer has been automation through new digital platforms and robotics technology. These robots — powered by recent advances in technology like AI and the Internet of Things (IoT) — are often built to handle tasks in close proximity to human workers, streamlining workflows and improving productivity.

These are five ways in which automation is having a significant impact on the metal fabrication industry right now.

Better efficiency is one of the main draws of robotics tech. Robots are often much more efficient than human workers — in some cases, able to do two to three times the work of a human in the same amount of time. They’re also able to perform tasks with minimal variation in work quality.

Greater efficiency means fabricators can fill more orders with the same workers and resources they have access to now. When the labor market is tight and client demand is unpredictable, this can be a major asset.

The efficiency improvements that robots offer can also help cut down lead times, enabling fabricators to take on more client work without the risk of overpromising to clients or overworking staff.

Most automation solutions are built to handle tasks that fall under one of the “three D’s of automation” — jobs that are dangerous, dirty or dull. These tasks are great candidates for automation because they either pose risks to workers or make them less efficient.

Automation can also help reduce the amount of repetitive motion that workers need to perform.

For example, you may have a picking robot that repeatedly bends or stretches to reach, grab and transfer raw materials around a metal fabrication plant. By performing this work, the robot reduces the risk of a worker becoming fatigued from repeatedly stooping, lifting, and carrying pallets or material containers.

By doing this work, the robot also reduces the risks that a worker develops a musculoskeletal injury (MSI) or a repetitive strain injury (RSI) due to stress caused by making the same motions over and over again.

Robots won’t get bored, as well. While repetitive motions can strain hardware, they won’t do as much damage to a machine as they will to a person over time. Downtime and repair as a result of damaged machinery can be costly.

However, downtime isn’t usually as serious a consequence as a repetitive stress injury, which can put an employee out of work for weeks — and sometimes lead to permanent damage if the right changes aren’t made.

Reduced fatigue can also mean more engaged and productive employees, who can be shifted to more important tasks that need some level of creativity and problem-solving, rather than rote work that can often be draining and can lead to injuries.

Better consistency in finished products is likely one of the most significant benefits of automation. Robots can do a task the same way, every single time, within a certain margin of error.

While human workers can problem-solve and adapt to new working conditions in ways that robots can’t, their performance likely isn’t going to be as consistent as a robot’s. These robots can make the exact same weld, drill the same hole, or move the same sort of raw material container from one location to another over and over again.

For example, lapping and polishing is a standard metal fabrication process that’s necessary to create raw materials like silicon carbide wafers, which are a popular, next-generation substrate material for semiconductors. Robotic lapping and polishing systems can automate multiple steps in the fabrication process while ensuring precision and a more consistent product.

In situations where the lapped and polished material needs to meet certain specifications — like for a semiconductor — this consistency and precision can be a major advantage for both fabricators and clients.

Many newer industrial robots come equipped with sensors and software that track a significant amount of work-related data — like work done, when a task was completed, and how the robot was behaving when it performed that task. These sensors can collect significant amounts of data about plant processes and workflows.

This data can also be used to improve plant processes. For example, you might use data to identify mistakes in finished welds. Then, it may be possible to comb back through the processing history to get an idea of what caused the mistake and how you may prevent similar issues in the future.

For example, light curtains or motion-detecting tools can automatically shut down a working machine when an employee comes within an unsafe distance. Some collaborative robotics come with cushions or force-limiters that can reduce the risk of injuring a worker.

Many autonomous mobile robots, which use AI-powered technology to pilot themselves around a facility, employ machine vision and navigation algorithms. These algorithms help autonomous robots avoid obstacles and workers on the floor and reduce the chance of struck-by incidents.

Reducing worker fatigue can also improve safety over time. Workers who are less tired and more engaged are not as likely to make mistakes that can lead to serious accidents. Studies show that chronic fatigue can have a major impact on workplace safety, with 13% of safety incidents attributable to workers with sleep problems.

How Automation Is Transforming the Metal Fabrication Industry

Advanced automation tech is helping metal fabricators adapt to a changing industry — one with a tight labor market and a growing demand for high-quality and precise materials.

The key benefits of automation — better efficiency, consistency and safety — along with the data that new robots can provide make the technology a significant asset for metal fabricators wanting to improve plant output without jeopardizing quality.