Desktop Metal today announced the closing of a $160 million funding round, led by Koch Disruptive Technologies (KDT), to advance the global commercialization of its metal 3D printing technology. Combined funding since its 2015 inception, now at $438 million, marks the largest total funding of any private 3D printing company to date. More importantly, it marks an inflection point where metal 3D printing begins to disrupt traditional manufacturing. 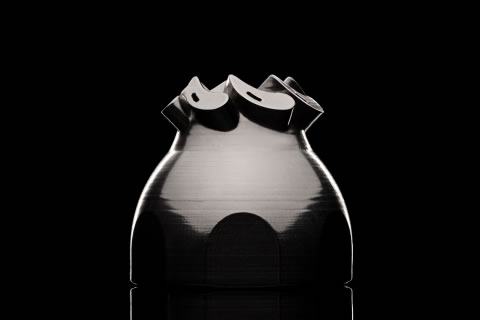 KDT is an investment firm focused on finding and funding innovative and emerging technologies. KDT is a subsidiary of Koch Industries, one of the largest privately-held companies in America with over $110 billion in annual revenues, according to Forbes, and an investor of more than $17 billion into technology companies in the last six years.

“Desktop Metal’s 3D printing solutions can redefine prototyping and mass production of metal products, which has profound disruptive implications for manufacturers like Koch Industries,” said Chase Koch, president of Koch Disruptive Technologies. “We are very bullish about the prospects of Desktop Metal, not just as an investor, but also as a customer and partner.”

The Desktop Metal Production System is the world’s fastest metal printing press for mass production with over 400 percent productivity over the closest binder jet alternatives and more than 100 times faster than laser powder bed fusion systems in the market. These systems are designed to print a broad range of alloys, including reactive metals such as titanium and aluminum. This process enables the use of metal powders that are 80 percent lower cost than laser powder bed fusion metals, delivering parts at 1/20th the cost. The technology is being adopted by major Fortune 500 companies and initial systems will begin shipping commercially in Q1 2019.

In the plastic world, the majority of 3D printing is done by engineers in the office. The Studio System is the world’s first and only metal 3D printing system able to print and sinter parts in an office environment, delivering the same accessibility that product developers are accustomed. The Studio System is now shipping in volume and available through a global sales network of more than 85 sales partners in 48 countries.

“We are at a critical juncture in the advancement of metal 3D printing and additive manufacturing,” said Ric Fulop, CEO and co-founder of Desktop Metal. “We are excited about Koch being an investor, customer and capability provider in this round. This new funding will fuel the continued development of our metal 3D printing technology and rich product roadmap, the scaling of operations to meet a growing demand of orders, and the financing of major new research and development initiatives. Combined, this will set us on a trajectory to become a global leader in metal 3D printing, a key pillar of Industry 4.0.”

About Desktop Metal
Desktop Metal, Inc., based in Burlington, Massachusetts, USA, is accelerating the transformation of manufacturing with end-to-end metal 3D printing solutions. Founded in 2015 by leaders in advanced manufacturing, metallurgy, and robotics, the company is addressing the unmet challenges of speed, cost, and quality to make metal 3D printing an essential tool for engineers and manufacturers around the world. Desktop Metal was selected as one of the world’s 30 most promising Technology Pioneers by World Economic Forum and named to MIT Technology Review’s list of 50 Smartest Companies. For more information, visit www.desktopmetal.com.

About KDT
Koch Disruptive Technologies (KDT) is a unique investment firm, partnering with principled entrepreneurs who are building transformative companies. KDT provides a flexible, multi-stage investment approach. We work with companies that can help Koch transform its capabilities, disrupt existing businesses or expand into new platforms. KDT is a subsidiary of Koch Industries, one of the largest privately held companies in the world with $110 billion in revenue and operating in over 50 countries. KDT helps its partners unlock their full potential by bringing Koch’s full capabilities and network to them, structuring unique capital solutions and embracing a long-term, mutual benefit mindset.