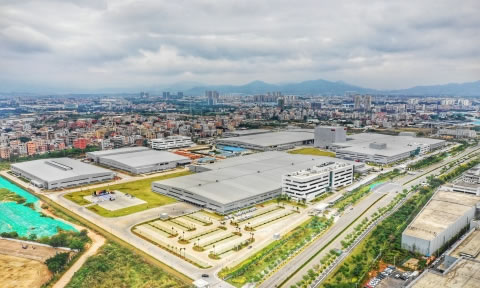 “The Xiamen Hub is ABB’s largest and one of our most advanced manufacturing sites, and it demonstrates the potential of Industry 4.0 on our own premises. It is designed to provide state-of-the-art solutions and services for our customers in China as well as enterprises active in China’s Belt-and-Road Initiative,” said Ulrich Spiesshofer, CEO of ABB. “By bringing all of our activities together in one central hub, we will be ideally positioned to support China’s reform agenda by helping Xiamen and the surrounding region build up leading positions in advanced industries.”

The ABB Xiamen Hub will focus primarily on the development and manufacturing of products and solutions for ABB’s Electrification Products and Power Grids divisions. It is home to one of ABB’s largest R&D centers for low-voltage electrical systems as well as a 1,200kV ultra-high voltage test lab, the highest voltage level in China. The site also has ABB’s first digitally connected remote service center in China. Since the launch of ABB’s leading ABB Ability™ digital offering last year, the Group’s digital business in China has doubled in size.

The inauguration ceremony of the Xiamen Hub was attended by Pei Jinjia, Secretary of the Communist Party of China Xiamen Municipal Committee, and other government representatives, ABB customers from the utility, industry, and transport & infrastructure sectors, and ABB Group and local management. In acknowledgement of Xiamen’s central role in ABB’s Chinese operations, ABB will host a major customer event this week at the Xiamen International Conference and Exhibition Center. This event, ABB Customer World, will bring in more than 6,000 people and showcase the company’s Power Grids, Electrification Products, Industrial Automation, and Robotics and Motions divisions.

“Xiamen has long been one of the most important industrial bases for ABB in China and globally,” said Chunyuan Gu, President of ABB’s Asia, Middle East and Africa region. “The city was home to our first joint venture in China 26 years ago and has played a crucial role in the development of ABB in China, where we now employ 18,000 people in more than 140 cities, including more than 2,000 in R&D.”

The new hub is one of a number of major new investments ABB is making in China. In October, the company announced a US$150 million investment in a new robotics “factory of the future” in Shanghai. In May, it inaugurated a new Robotics Application Center in Chongqing, the company’s fourth such site in China. And in December 2017, it opened the ABB Shenzhen New Energy Technology Center, which carries out research and development for solar and electric-vehicle-charging solutions for use around the world. ABB has invested more than US$2.4 billion in China since 1992.

ABB (ABBN: SIX Swiss Ex) is a pioneering technology leader in power grids, electrification products, industrial automation and robotics and motion, serving customers in utilities, industry and transport & infrastructure globally. Continuing a history of innovation spanning more than 130 years, ABB today is writing the future of industrial digitalization with two clear value propositions: bringing electricity from any power plant to any plug and automating industries from natural resources to finished products. As title partner in ABB Formula E, the fully electric international FIA motorsport class, ABB is pushing the boundaries of e-mobility to contribute to a sustainable future. ABB operates in more than 100 countries with about 147,000 employees. www.abb.com