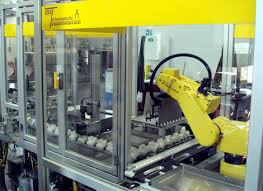 Harold L. (Hal) Sirkin for Forbes:  Most of us, regardless of our age, have heard the song popularized by Sophie Tucker and Eddie Cantor after World War I: “How Ya Gonna Keep ‘Em Down on the Farm (After They’ve Seen Paree?).”

According to Wikipedia, “The lyrics highlight concern that American soldiers from rural environments would not want to return to farm life after experiencing the … life and culture of Paris.”

Now we face a similar challenge: getting skilled workers to stay in or relocate to the small and mid-sized towns and cities where U.S. manufacturing is making its biggest comeback.

That may be one of the hidden factors behind the much-discussed skills gap: not only is there a shortage of skilled workers in certain occupations, but it’s sometimes difficult attracting those with the right skills to the locations where they’re needed most, including such places as Cottondale, Ala., near Tuscaloosa, Ridgeville, S.C., some 38 miles from Charleston, Senatobia, Miss., about 40 miles south of Memphis, and West Point, Ga., a dot on the map approximately midway between Atlanta and Montgomery, Ala.

I mention those towns in particular because they’re all part of the U.S. manufacturing renaissance, which my colleagues and I at BCG have been discussing for several years.  Full Article: