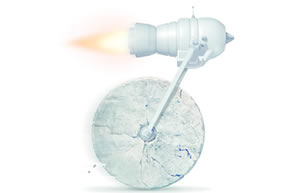 Gary Hilson for EBN Online:  A recent report from Capgemini found that 76% of manufacturers either have a smart factory initiative that is ongoing or are working on formulating it, while more than half of manufacturers have aligned $100 million or more towards smart factories. However, only 14% of companies are satisfied with their level of smart factory success.In a telephone interview with EBN Online, Debbie Krupitzer, Internet of Things (IoT) practice lead for Capgemini North America, said the concept of “digital manufacturing” is getting a lot of traction. “The conversation is getting more elevated.” However, she said, there is a culture clash as operational technology (OT) and information technology (IT) converge. While IT is fairly robust and mature, “OT has been a little insular. It hasn’t really evolved for the last few years,” she added.

Each plant tends to have its own systems and applications in place. “They struggle to connect the dots,” said Krupitzer. “Some plants are still paper-based.” Many are still reactive rather than predictive with maintenance staff waiting for things to break, rather than predicting a failure and fixing it before it happens, she said. “We're having to reeducate them.”

Krupitzer spends a great deal of time in the field and said the best starting point is focusing on things that could be automated, rather than leading with IoT. “We have to be very pragmatic about it, especially with this industry.”  And while technology and automation maturity is still low in manufacturing, “they are getting it,” she said, but they’re looking for tangible outcomes that match their "save money, make money” frame of mind.  Full Article: