Fanuc Leads The Way For Smart Factory Software For Now, Kuka And ABB To Follow Closely 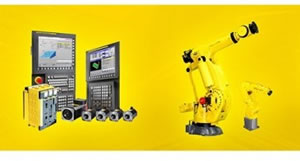 Kenkyo Investing via Seeking Alpha:  Earlier this week, I wrote an article discussing Fanuc's (OTCPK:FANUY, OTCPK:FANUF) open platform software bet on the futuristic smart factory. One reader asked about how Fanuc would compete with Kuka and the Chinese. In thinking about this, I decided to analyze the smart factory software playing field as objectively as I can.

For the purpose of getting the conversation flowing, I'll focus on what the big 4 players are doing in the race for smart factory software development.

As part of diving into smart factory software, the industry trend (NASDAQ:ROBO) has been to form partnerships with large tech companies. Currently, the known partnerships are Fanuc-Cisco (NASDAQ:CSCO), Kuka-Huawei (OTCPK:KUKAF, OTCPK:KUKAY), and the most recently announced ABB-IBM (ABB, IBM). Yaskawa Electric (OTC:YASKF, OTCPK:YASKY) seems to be floating around, though the company has had some involvement with Huawei and Midea Group (the folks that acquired Kuka).

China is betting big on industrial robots - so big that most of China's jobs are at risk of being automated. Despite Mark Cuban's call for government support, the US has been dragging its feet. Japan and Germany are robotic as usual. In terms of government support, team Kuka-Huawei probably has a leg up against the rest of the big 4.  Full Article: