HARRODSBURG, Ky.--(BUSINESS WIRE)--Apple® today announced Corning Incorporated will receive $200 million from Apples new Advanced Manufacturing Fund as part of the companys commitment to foster innovation among American manufacturers. The investment will support Cornings R&D, capital equipment needs and state-of-the-art glass processing. Corning's 65-year-old Harrodsburg facility has been integral to the 10-year collaboration between these two innovative companies and will be the focus of Apples investment.


"Corning is a great example of a supplier that has continued to innovate and they are one of Apple's long-standing suppliers," said Jeff Williams, Apples chief operating officer. "This partnership started 10 years ago with the very first iPhone, and today every customer that buys an iPhone or iPad anywhere in the world touches glass that was developed in America. Were extremely proud of our collaboration over the years and we are investing further with Corning who has such a rich legacy of innovative manufacturing practices."

Apple has committed to investing at least $1 billion with US-based companies as part of the fund, which is designed to foster innovative production and highly skilled jobs that will help lay the foundation for a new era of technology-driven manufacturing in the US.

"Cornings longstanding relationship with Apple has not only led to significant glass innovations that have enabled new capabilities for consumers, it has also helped create nearly 1,000 American jobs and allowed us to continue growing and expanding in the US," said Wendell P. Weeks, Cornings chairman, chief executive officer and president. "This investment will ensure our plant in Harrodsburg remains a global center of excellence for glass technology."

In the US, Apple now supports 2 million jobs across all 50 states, including 450,000 jobs attributable to Apples spend and investment with US-based suppliers. Last year alone, Apple spent over $50 billion with more than 9,000 domestic suppliers and manufacturers.

Since the inception of Gorilla Glass in 2007, the partnership between Apple and Corning has created and sustained nearly 1,000 US jobs across Cornings R&D, manufacturing and commercial functions, including over 400 in Harrodsburg. Corning has procured enough renewable energy to cover all of its Apple manufacturing in the US.

Apple revolutionized personal technology with the introduction of the Macintosh in 1984. Today, Apple leads the world in innovation with iPhone, iPad, Mac, Apple Watch and Apple TV. Apples four software platforms — iOS, macOS, watchOS and tvOS — provide seamless experiences across all Apple devices and empower people with breakthrough services including the App Store, Apple Music, Apple Pay and iCloud. Apples more than 100,000 employees are dedicated to making the best products on earth, and to leaving the world better than we found it.
05/12/17, 05:30 AM | Additive & 3D Printing, Processing & Handling
Subscribe to Newsletter
More Additive & 3D Printing News | Stories | Articles 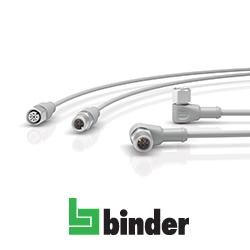 binder USA, LP, has expanded the M12 product family with the addition of the M12 A-Coded Connector, which is now certified for both Ecolab and FDA Code of Federal Regulations (CFR) Title 21 standards. The M12 A-Coded connectors are extraordinarily durable and IP69K-rated, ideal for harsh-duty and washdown applications in the food and beverage, pharmaceutical, and chemical industries. Available in 3, 4, 5, 8, and 12 contacts, the high quality stainless steel locking rings (V4A) and gold contact plating can also withstand UV exposure and shock and vibration.
More Products
Feature Your Product