While import tariffs against Mexico are currently on hold, the American manufacturers that depend on on Mexico’s parts supply have a little more breathing room — at least for now. 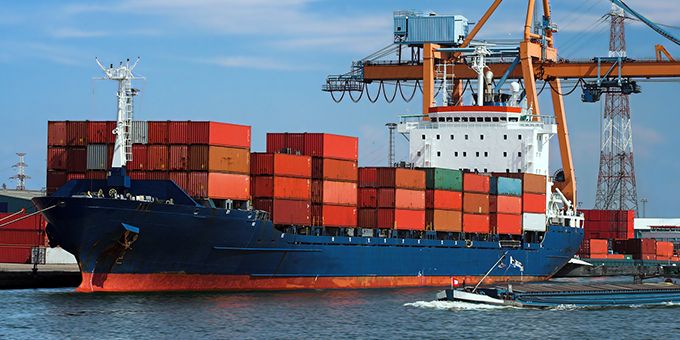 Mexico narrowly avoided the introduction of import tariffs from the U.S last week, when President Trump settled the negotiations with an ant-immigration deal. However, the threat for manufacturers is far from over. Here, Mark Howard United States country manager at industrial parts supplier EU Automation, investigates the backlash of Trump’s existing import tariffs and how manufacturers can prioritise during this turbulent time.

Following last year’s introduction of 25 per cent tariffs on goods manufactured in China, many manufacturers began moving production and purchasing relationships to suppliers in Mexico. The nation has long been hailed an ideal alternative to China due to its close geographical location to the United States, cheap labour and until recently, the promise of free trade agreements.

The original plan for import tariffs against Mexico suggested a five per cent tariff to be implemented immediately, which would incrementally rise to match China’s 25 per cent. Last week’s agreement was based on Mexico’s pledge to deploy guarded troops to its border, but President Trump is still holding the threat of tariffs over the country’s head. In fact, thePresident suggested he might seek to impose this same plan again, should Mexico’s cooperation on immigration fall short.

The unsavoury backlash of this combative approach to global trade has already been demonstrated in America’s ongoing trade war with China. In fact, a recent study calculated that the 25 per cent tariffs imposed on China cost the average American household more than $800 a year, due to increased costs for American facilities importing parts and components.

While the tariffs were initially hailed as a bid to encourage the reshoring American manufacturing, this clearly isn’t the outcome we’re experiencing. In fact, when considering alternatives to China for importing parts, most manufacturers are looking to Mexico or lower-cost nations, such as those in South East Asia. One thing that’s for sure, production isn’t overwhelmingly returning to the United States.

Automotive manufacturing, for instance, is one of the most vulnerable to tariffs on imports. The supply chain often relies on parts being imported from various other countries, including China and Mexico. General Motors, for example, imports 29 per cent of its components from Mexico. Producing these parts in American facilities simply wouldn’t be financially viable. At least, not without passing huge expenditure onto the consumer.

A recent Deutshe Bank analysis projected that General Motors would experience a $6.3 billion loss if a 25 per cent tariff was implemented for goods from Mexico. Considering there has been no speculation about reshoring the manufacture of these, it’s likely that the cost of bringing this production home would be much more substantial.

Unfortunately, the negative impact of import tariffs is not only based on future predictions. The latest figures from the Commerce Department state that both imports and exports have slumped since the introduction of tariffs for China, signalling a sharp slowdown in American manufacturing.

It’s a turbulent time for American manufacturing, but one area that shouldn’t be a concern is the supply of industrial parts for production. EU Automation supplies the world with new, reconditioned and obsolete components. Should an integral component for production break down, we have access to a world of automation parts including PLC systems, HMIs, motors and servo drives.

Manufacturers have little influence over the trade strategies of policy makers and cannot directly control how this impacts their bottom line. However, they can ensure that, should a part break down, they are not hit with excessive costs to purchase a new part, be it a PLC, motor or encoder, to get production back up and running.

As the Government puts further efforts into reshoring efforts, there’s no denying that some American industry will suffer as a result, particularly those with a supply chain reliant on imported parts. While import tariffs against Mexico are currently on hold, the American manufacturers that depend on on Mexico’s parts supply have a little more breathing room — at least for now.

Unitronics' new line of AC Servo Drives & Motors changes the traditional approach to motion control. They are simple to set up and painless to program. Unitronics Servos simplify implementation of motion applications while minimizing complexity and reducing development time. Some of the easy-to-use features in this new line include implementing motion control easily with ready-made motion code, embedded diagnostic tools, and automatic communication setup.
More Products
Feature Your Product