Many manufacturers have already implemented automation in factories, shifting to digitalized manufacturing processes to save time, money and increase efficiency. But what are the options for smaller businesses? 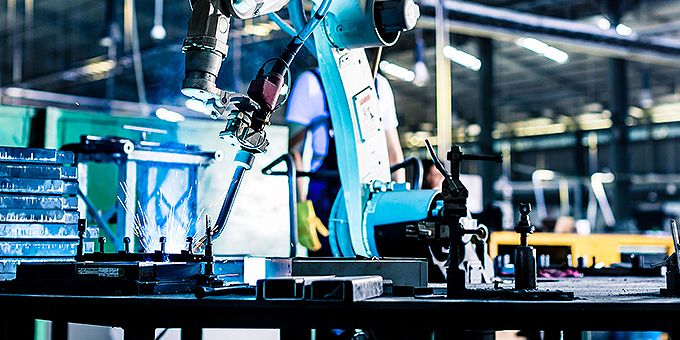 Building Blocks to the Smart Factory

Figures published by the International Federation of Robotics (IFR) suggest that America’s uptake of robotic technology is increasing. Combined with the country’s desire for products “Made in America” and the political backing to support this campaign — it is an exciting time for U.S manufacturing.  Here, Jonathan Wilkins, marketing director at industrial parts supplier, EU Automation, explains how America can smartly investing in its future factories.

Many manufacturers have already implemented automation in factories, shifting to digitalized manufacturing processes to save time, money and increase efficiency. But what are the options for smaller businesses? For some, replacing everything isn’t aligned to their business objectives, or in fact their budget.

Retrofitting is often overlooked. The process describes upgrading legacy machines to make them smarter. For instance, adding internet connected sensors to monitor and reduce energy consumption, which can be achieved at a lower cost than buying new machinery.

When placed correctly, sensors will provide detailed information about the machine’s operation. For instance, when applied to an industrial conveyor, the sensor could identify when the conveyor is being rotated unnecessarily. Using this knowledge, a plant manager can decide how changing a variable could save energy. In this case, a variable speed drive (VSD) could be applied to the conveyor’s motor, reducing the amount of energy wasted.

Retrofitting to update an entire factory is a long and laborious task. However, small incremental changes can be just as effective. Before investing, the whole production chain should be examined and analysed for possible sticking points and opportunities for automation at a lower investment.

Incremental changes like this can also lead to opportunities for modularisation. Modular manufacturing describes a production line which can be physically and technologically split into succinct sections. Hailed as a method of enabling customised manufacturing, modular production can also be an ideal first step to the smart factory.

A modular system consists of a series of cells or modules with its own control — a programmable automation controller (PAC); combining the features of a typical programmable logic controller (PLC) with a PC-based control system.

Using modular production can simplify system expansion processes for manufacturing sites, as the addition or removal of components is easier to execute. This can also be beneficial when planning a transition to fully digitised manufacturing, as engineers can outline modules needed for future projects without a huge initial investment.

America’s uptake of robotics, automation and industrial technology doesn’t appear to be slowing down. However, digital transformations needn’t be an entire factory overhaul. Using the more reserved and cost-effective approach of retrofitting or modularising, businesses can reap the rewards of automation without breaking the bank.