Predictive maintenance, the process by which machines that are connected to the Internet of Things (IoT) with AI capabilities predict when and where something needs to be fixed, can fortel and forestall dangerous accidents from happening in the first place.

How Safety Will Win Over 21st Century Luddites

Way back when, at the dawn of the Industrial Revolution in the early 1800s, the sudden introduction of machines in traditional trades was met with strong opposition. In particular, self-employed weavers and textile workers, known as Luddites, went as far as destroying machinery to protest losing their livelihoods to unskilled workers.

As the rise of machines and technology has advanced ever forward, factory workers today find themselves under pressure as automation threatens to take over more jobs. Since the year 2000,five million factory floor jobs have been lost in the United States. A staggering 88 percent of these were taken not by shifting trade patterns, but by robots. It is no surprise that employees show resentment towards increasing numbers of machinery in their places of work.

One key aspect as to why new machinery boosts safety is precisely because it is new. There is a very desperate need for US factories to renovate their machinery, to the tune of some $40bn worth of machinery. This is especially pertinent when you consider that 30 percent of factory floor deaths are a direct result of outdated machinery.

Predictive maintenance, the process by which machines that are connected to the Internet of Things (IoT) with AI capabilities predict when and where something needs to be fixed, can fortel and forestall dangerous accidents from happening in the first place. The facts stand that predictive maintenance permits for potential problems to be identified and fixed before the dangerous failure occurs. This, in turn, helps make work conditions safer for employees and customers.

For example, we all know that factory equipment is large and dangerous. Sensors mounted on pumps and motors can be used to monitor vibration velocity, which might alert appropriate human overseers of unusual patterns. These patterns can throw up warnings of malfunctioning equipment before disaster strikes. Similarly, infrared thermography can be used to detect overheating from all manner of equipment, thus alerting workers to potential problems.

Increased safety is, surely, something that everyone can get behind. Even workers who fear that automation could reduce the number of future available positions will be able to appreciate the importance of workplace safety. In fact, 80 percent of workers in the US rate better safety levels as the most important aspect of any job.

Machines that can learn and think can also do basic and repetitive tasks by themselves, often learning and improving processes at the same time. Machines that collect data can better predict, ahead of time, when and where accidents, or other dangerous incidents may take place. When dealing with large factory machinery - hand-crushing, bone-sawing, leg-snapping machinery - predicting accidents, and subsequently preventing them, can only be a good thing.

In fact, some companies are experimenting with robotic systems that watch and learn from skilled craftspeople, then working alongside them. The only difference is that these machines - using a combination of AI and machine learning - then add precision and safety to these craftspeople’s work. Machines with this new capability will be able to address impending, rather than occurring, problems, acting in advance in a way that is beneficial for all.

Predictive maintenance in factories makes it easy to identify hazardous problems before they result in catastrophe. For example, the Dhaka factory tragedy in Bangladesh - allegedly caused by a short circuit and resulting in the death of more than 100 people - is a situation that machines equipped with AI capabilities could, potentially, have prevented.

In other less tragic circumstances, the predictive learning aspect of AI means that factories do not have to suffer the burden of costly, unscheduled downtime. It also means that the technicians responsible for maintenance do not have to take on dangerous, large-scale repairs, or stay on call for problems that may or may not take place.

Because one further benefit to predictive maintenance and AI is that technicians do not need to be kept hanging around if they aren’t needed. The future proofing, so to speak, made possible by this new technology, means that proactively handled maintenance requires fewer people - spending less time - on dangerous factory floors. Taking a cognitive approach means that, in the long run, employers can reconfigure maintenance staff numbers and save on costs.

Through analysis and cross industry comparison, businesses are capable of developing thorough risk analysis; aggregation of mechanical fault detections across all operations, and even scored mechanical fault detections by severity and potential impact on operations. By providing an overarching view of a system's potential benefits for risk aversion, and as concerns for human security rise (something that wasn’t afforded to the original luddites) in factory conditions, these approaches will be crucial in saving lives and ensuring operational uptime.

At the end of the day, twenty-first century Luddites will soon see the benefits of working with machine learning and AI enabled tools and machinery. Not only are they safer, protecting workers, they result in less down time and more productivity, helping to keep everyone on any given supply line happy. It is now of vital importance that factory owners get in gear to roll out AI machinery - with predictive, cognitive capabilities - as quickly as possible. 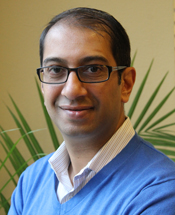 About Sundeep Sanghavi
Sundeep Sanghavi is the co-founder and CEO of DataRPM, an industry pioneer in cognitive data science. He's a highly accomplished entrepreneur and data junkie with more than 20 years of experience using data as the currency to perform advanced analytics.