The latest figures show that 179,000 industrial robots were sold worldwide in 2013, according to the International Federation of Robotics. That was a 12 percent jump over 2012. The increase is expected to continue when the final numbers are tallied for 2014. 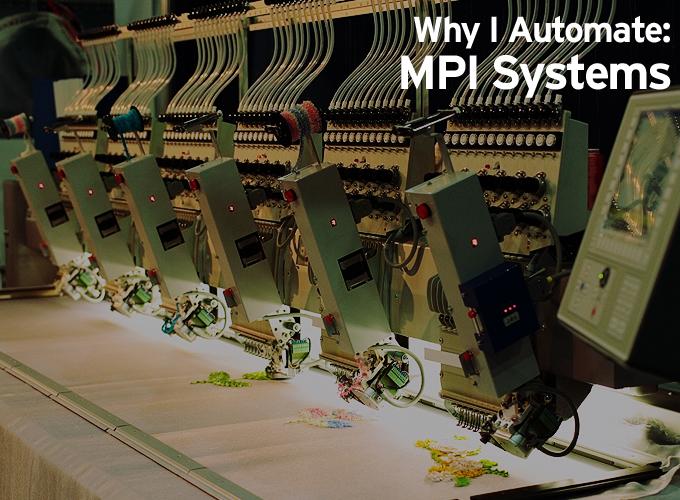 Contributed by | The Association for Advancing Automation

A new workday dawns for an injection molding company with new orders to fill. The previous production cycle was successful but the process starts all over. While the people pulling the levers and handling the process are competent, they’re prone to distraction and fatigue. No one is perfect and a little scrap is expected.

Imagine a production cycle with no waste. That’s a realistic expectation. The latest video installment of Why I Automate gives a behind-the-scenes-look at a wax injection equipment company, MPI Systems, Inc., that helps their customers “solve their problems for the last time.”

Robots look complicated and challenging to operate. Jeff addresses those issues in the brief video since the same old way of doing things doesn’t match his standards. There are two key words that describe automation in the segment and those are “reliability” and “repeatability.” Programmed equipment has advantages over human operators.

Implementing automated production systems requires deliberate planning and knowing the desired goals and outcomes. Selecting the right equipment and putting it to use requires skilled project management and open communication between all parties. It has to be installed with safety in mind with the employees properly trained and ready to supervise operations.

A quality equipment provider like MPI understands this. In this segment we see how they put the equipment to the test in their own pattern production department and why this is critical to achieving positive outcomes for their customers.

If you’re choosing an integrator select ones who use checklists, validation steps, and risk reviews to ensure safety and adhere to the latest standards.

Why the Trend Continues

The latest figures show that 179,000 industrial robots were sold worldwide in 2013, according to the International Federation of Robotics. That was a 12 percent jump over 2012. The increase is expected to continue when the final numbers are tallied for 2014.

The upward trend continues because robots help companies turn profits. In the video, Jeff Rich mentions one of the reasons why. “They make products the same, each and every time.” He knows variable orders are a reality and the flexible nature of automation is touched on.

Advances in industrial automation have helped small-to-medium size companies in the U.S. compete globally and create jobs. When you reduce waste and have a production run that turns out the same way each time, quality improves and results in greater customer satisfaction. That boosts sales and increases profitability.

MPI Systems, Inc. has operated for 41 years and the leaders there have always sought innovative solutions.

The Association for Advancing Automation (A3) has launched a new website, www.a3automate.org. This blog-based website will tell the real story about companies that are successful because of automation, and how automation makes a positive impact on society.

The Association for Advancing Automation is the global advocate for the benefits of automating. A3 promotes automation technologies and ideas that transform the way business is done. A3 is the umbrella group for Robotic Industries Association (RIA), AIA - Advancing Vision + Imaging, and Motion Control Association (MCA). RIA, AIA, and MCA combined represent 750 automation manufacturers, component suppliers, system integrators, end users, research groups and consulting firms from throughout the world that drive automation forward.