A 3D bioprinter privately owned by an American company has successfully printed with a large volume of human heart cells aboard the International Space Station (ISS) U.S. National Laboratory. Owned by Techshot Inc., a commercial operator of microgravity research and manufacturing equipment, the 3D BioFabrication Facility (BFF) was developed in partnership with nScrypt, a manufacturer of industrial 3D bioprinters and electronics printers. The tissue-like constructs return to Earth this week inside a SpaceX capsule. 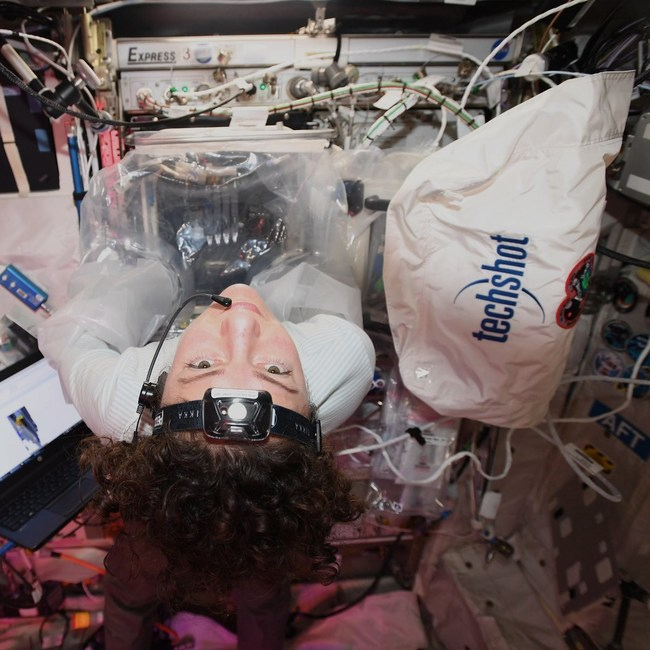 "Our BFF has the potential to transform human healthcare in ways not previously possible," said Techshot President and CEO John Vellinger. "We're laying the foundation for an entire industry in space."

Following the next round of test prints in March, Techshot expects to declare BFF open for business and ready for use by its industrial and institutional life science customers. Including the bioprinter, Techshot owns and operates five commercial research and manufacturing payloads aboard the station – the largest catalog of any American company operating inside the orbiting lab. A sixth payload, the Techshot Cell Factory, is under development. It will enable the company's customers to continuously generate multiple cell types in space for biomanufacturing, 3D printing and other uses. Having a reliable source on orbit is expected to limit Techshot's reliance on cargo resupply spacecraft bringing cells up from Earth.

While the 3D printer's bio-ink contained cell types such as heart muscle cells, nerve cells and vascular cells, it notably did not contain the scaffolding materials or thickening agents normally required to resist the destructive pull of gravity when bioprinting on Earth. Though researchers have had some success with 3D printing bones and cartilage, the manufacturing of soft human tissue (such as blood vessels and muscle) has been difficult. On Earth, when attempting to print with soft, easily flowing biomaterials, tissues collapse under their own weight – resulting in little more than a puddle. But when these same materials are used in the microgravity environment of space, the 3D-printed structures maintain their shapes.

Last month's test prints in space were large by Earth bioprinting standards. Each measured 30 mm long by 20 mm wide by 12.6 mm high. The BFF printed inside a Techshot-developed cell culturing cassette that strengthens the assemblage of cells over time; to the point where they should become a viable, self-supporting tissue-like structure expected to remain solid once back in Earth's gravity.

Three Techshot culturing cassettes, each containing one tissue-like construct, will be returned to the company following this week's Pacific Ocean splashdown of the SpaceX Cargo Dragon capsule at the end of mission CRS-19. More 3D bioprinting in space will take place in March of this year following the launch of additional bio-inks to the ISS National Laboratory aboard SpaceX mission CRS-20.

Though the prospect of manufacturing human hearts and other organs via a 3D bioprinter in space is likely a decade away, it is hoped that the long-term success of BFF could lead to a reduction in the shortage of donor organs.

Founded more than 30 years ago, Techshot Inc. operates its own commercial research payloads in space and serves as the manager of three NASA-owned ISS payloads. Test experiments aside, such as those evaluating the performance of its new devices (e.g., BFF), the company rarely conducts its own research. Rather, it provides its equipment on board the station for a fee to those with their own independent research programs – serving as a one-stop resource for organizations that want access to space.

Techshot is an official Implementation Partner for the ISS U.S. National Laboratory and it has agreements with NASA that provide the company and its customers with access to space cargo transfer services and assistance from the on-orbit crew. It is headquartered in Greenville and also maintains an office at the Space Life Science Laboratory at the Kennedy Space Center in Florida. www.Techshot.space