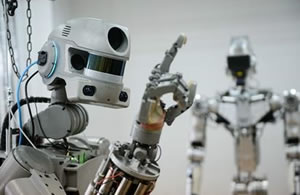 Purvai Dua for London Loves Business:  Britain’s manufacturing sector could add £455bn over the next decade and create thousands of jobs if it unlocks the fourth industrial revolution, states a government-commissioned report on industrial digitalisation.

The independent report has been led by industry chief Jürgen Maier, the UK and Ireland boss of German engineering giant Siemens, and highlights the benefits of robotics, 3D printing and artificial intelligence. Maier has further said that Britain must embrace and fund the fourth industrial revolution or what is being called “Industry 4.0”.

According to the BBC, the report has been brought together by executives from companies such as Rolls Royce, GKN and IBM, and with representatives from small firms as well as academics from the universities of Newcastle and Cambridge.

The report also highlights how loss of thousands of industrial jobs in the automation of manufacturing can be turned into a net gain in employment, but only if the government acts quickly.  Full Article: