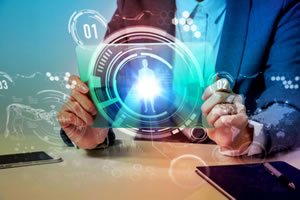 Jonny Evans for ComputerWorld:  Working together, Apple and GE have just opened the doors for further iOS deployment across industry infrastructure.

Apple in the infrastructure

This is a pretty significant step that puts Apple inside future infrastructure, a move I predicted would take place some time ago.

GE confirmed plans to standardize on iPhone and iPad for mobile devices and (like IBM) to provide Macs to its 330,000 employees, if they want one.

Meanwhile, Apple intends to promote GE’s Predix solution as the industrial Internet of Things (IoT) analytics platform of choice to its customers and developers.

This is by no means a consumer play, but with GE software in use across key industries and infrastructure deployments across the planet, the decision adds a lot more substance to Apple’s already-hefty claim to be a company at the core of digital transformation.

Current estimates suggest utilities will invest $17 trillion in global infrastructure through 2035. That means Apple’s decision to boost the relevance of its products to industry firms looks like a very sensible move for a corporation seeking future growth. The IoT extends all the way from the watch on your wrist to the industrial machines that make that watch possible.  Full Article:

The FAULHABER Linear Actuator L series are designed to provide high performances in compact dimensions, these actuators can support large input speed, high output force and are suited for a wide range of applications like robotics, industrial machines and laboratory equipment.
More Products
Feature Your Product