Maker Cities: If You Can Imagine It, You Can Build It 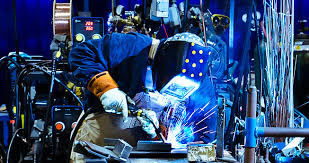 Peter Hirshberg and Marcia Kadanoff for US News:  What do Raleigh, North Carolina, Pittsburgh, Louisville and Fremont, California have in common?

All are Maker Cities, an appellation that describes a community which is preparing its residents for the future at a time of rapid technological change. These cities focus on forward-looking industries in an effort to ensure that their industrial and educational bases are prepared for technological change and automation.

Taking its cue from the hands-on Maker movement, a Maker City invites citizens and industry to go hands-on with the modern tools of production: computer science, robotics, electronics, computer-aided design and advanced manufacturing. It builds a skilled workforce in support of "new collar" jobs – work that pays well but may not require a four-year college degree. It helps create regional supply chains and entrepreneurs – forging a path from making to manufacturing that broadens opportunity for more of its population. It is the 21st-century answer to 19th- and 20th- century industrial cities, where competitiveness is defined by the ability of the workforce to solve problems, continually learn new technologies and collaborate.

It's an organic process that is occurring at the local level, rather than some top-down, bureaucratic imperative.

"America's resiliency is strengthened by a division of responsibilities that empowers communities to come together in improving the lives of their residents. Over the next several years, the hard business of investing in the future and uniting the nation will not be conducted in Washington," Bruce Katz of the Brookings Institution, author of "The Metropolitan Revolution: How Cities and Metros Are Fixing Our Broken Politics and Fragile Economy," wrote in 2016.  Full Article: