Staying Rich Without Manufacturing Will Be Hard 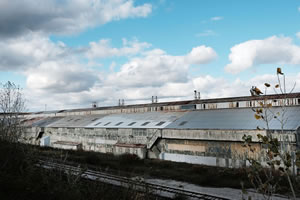 Noah Smith for Bloomberg View:  Discussions about manufacturing tend to get very contentious. Many economists and commentators believe that there’s nothing inherently special about making things and that efforts to restore U.S. manufacturing to its former glory reek of industrial policy, protectionism, mercantilism and antiquated thinking.

But in their eagerness to guard against the return of these ideas, manufacturing’s detractors often overstate their case. Manufacturing is in bigger trouble than the conventional wisdom would have you believe.

One common assertion is that while manufacturing jobs have declined, output has actually risen. But this piece of conventional wisdom is now outdated. U.S. manufacturing output is almost exactly the same as it was just before the financial crisis of 2008:  Full Article: