When determining the rate of adoption of new technologies, the Gartner hype cycle is a good point of reference. The hype cycle for the Industrial Internet of Things (IIoT), however, shouldn’t be confused with general IoT, which applies to consumer IoT technology. 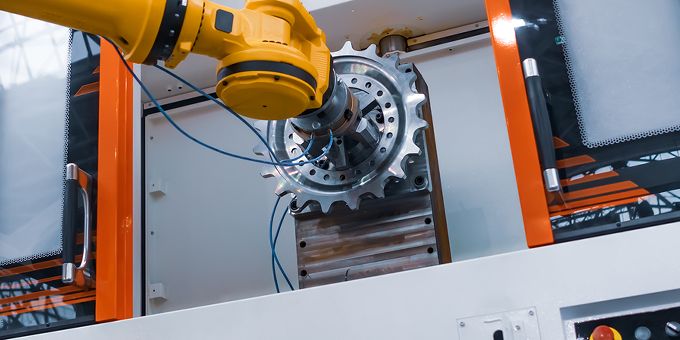 A Realist’s Prediction for the Future Factory

Last year, over 264 million cartons of beer were manufactured for the United States at Constellation Brewery. Bottle filling, pasteurizing and cap feeding is handled by a team of state-of-the-art robots, where output is linked to a fleet of laser-guided vehicles. These vehicles are integrated with intelligent software for autonomous warehousing. The digital transformation of this facility enabled the company’s annual brewing capacity to increase from 8.5 million to 27.5 million hectoliters — that’s a whole lot of beer.

Admittedly, we’re partial to any technology that ensures there’s plenty of beer available in the supermarket. However, this large-scale digital transformation simply isn’t possible for most manufacturers. As EU Automation celebrates ten years supplying industrial parts to the market, we provide a realistic ten-year prediction for the future of manufacturing digitalization in the United States.

When determining the rate of adoption of new technologies, the Gartner hype cycle is a good point of reference. The hype cycle for the Industrial Internet of Things (IIoT), however, shouldn’t be confused with general IoT, which applies to consumer IoT technology. In the industrial realm, adoption works quite differently — and that’s certainly the case for many smaller-sized manufacturers.

During the past decade, industry has been awash with technologies and trends, all hailed as vital tools to transform the manufacturing landscape. While many large manufacturers have been quick to adoptthese new innovations — and provide a seemingly endless supply of beer in the process — the wider manufacturing realm has remained somewhat reluctant.

Similarly, the results of the Sikich Manufacturing Report stated that 77 per cent of American SMEs have “no plans” to implement IIoT technologies. In an industry seemingly so focused on the uptake of industrial technology, there appears to be a significant gap between larger manufacturers and SMEs.

During the next decade, will SME’s suddenly shift towards digital transformation projects and make huge investments in industrial technology? Probably not. But, should they be crafting a strategy as if they plan to? Absolutely.

Amidst the media hype about digitaltransformations, SMEs would be forgiven for thinking investing in new technology is too expensive. Let’s face it, most case studies highlight the successes of sci-fi worthy manufacturing operations, many of which have requiredhundredsof thousands of dollars in investment.

Thankfully, that’s not necessary to reap the benefits of automation. Instead of focusing on large-scale transformations, the next decade will see SMEs make small incremental changes to automate their production. What’s more, as most of this technology has already been tried-and-tested by manufacturing’s big players, this method removes some of the risk associated with investment.

Consider a small-scale brewery as an example. An independent manufacturer of craft beermay already use some automation in production. Pneumatic powered bottle fillers, for instance, are widely used in smaller facilities to ensure the consistent filling of bottles.When integrated with a conveyor, this combination allows for continuous filling of bottles, meaning beer is produced at lower costs.

However, the facility may not have an adequate programmable logic controller (PLC) to communicate between the bottle filler and the conveyor. As a result, enabling this automation to operate seamlessly requires re-programming before each batch. Additionally, if the conveyor is not adequately managed by a PLC, the machine will run even when there are no bottles on it. This wastes energy and money.

In this case, an infrared sensor could be integrated onto the conveyor to detect the availability of bottles. When combined with a variable speed drive (VSD), a tool to control the speed and torque of the motor, the PLC will ensure the conveyor only operates when necessary. Control software could also perfectly align the processes of the conveyor with the automatic bottle fillers, removing the need for re-programming before each batch.

Making small adjustments to the production line may not be as notable as Constellation’s robot-operated factory transformation. However, even the smallest automation investments can reap significant rewards.

Headlines would have us believe that America is amid a smart manufacturing transformation. But for most SMEs, the fourth industrial revolution is only just beginning. For help making the first step on your digital transformation journey — no matter how small — speak to EU Automation.

About EU Automation
EU Automation stocks and sells new, used, refurbished and obsolete industrial automation spares. Its global network of preferred partner warehouses, and wholly owned distribution centers, enables it to offer a unique service within the automation industry, spanning the entire globe.  It provides worldwide express delivery on all products meaning it can supply any part, to any destination, at very short notice. 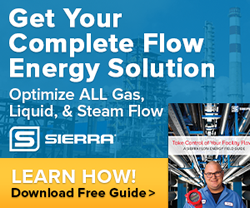 Download Flow Energy Guide - Written by Engineers For Engineers. Learn how to save on energy costs by optimizing your facility flows that impact costs like compressed air, natural gas, steam, and hot or chilled water.
More Products
Feature Your Product