Recently, the manufacturing sector has discovered the potential of AR and VR in cutting costs and increasing safety and productivity. But what exactly are the applications of this revolutionary technologies in the factory? 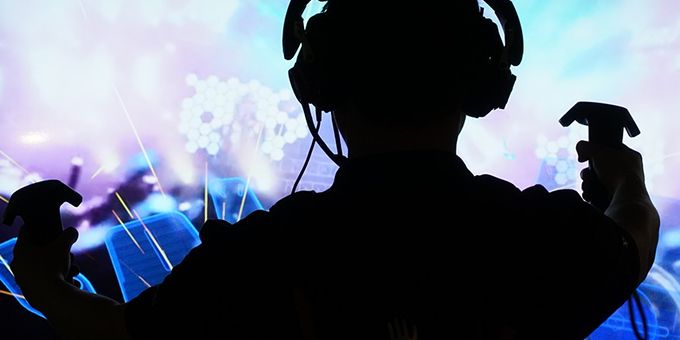 Virtual and Augmented Reality in Manufacturing

06/13/19, 09:10 AM | Design & Development | AR, VR
Originally developed as technologies for gaming and entertainment, virtual reality (VR) and augmented reality (AR) are rapidly gaining traction in the manufacturing industry. Here Jonathan Wilkins, marketing director at automation parts supplier EU Automation, explains how VR and AR can be used in the factory to improve safety and increase productivity.
More than 200 years ago, German philosopher Immanuel Kant described virtual reality as a reality that exists in our minds and is distinct from the external physical world. Nowadays we use the term differently, but the concept of virtual reality still retains Kant’s idea of a world that isn’t tangible, but that our mind can clearly perceive.
There are different ways of digitally manipulating somebody’s perception of reality. The easiest is to enhance the user’s perception of the external world by adding digital elements to it, a technique called augmented reality (AR). For example, tourists could see information about historical buildings projected directly onto the buildings’ facades thanks to AR glasses, as happens a Casa Battló in Barcelona. Virtual reality (VR) takes this technology one step further by completely substituting the user’s reality with a digitally-generated one.
Recently, the manufacturing sector has discovered the potential of AR and VR in cutting costs and increasing safety and productivity. But what exactly are the applications of this revolutionary technologies in the factory?

VR is currently used by forward-thinking manufacturers to improve their approach to predictive analytics. While finding flaws in a product design could take weeks of analysing data, interacting with the product digitally allows you to spot a design flaw in just a few minutes.
The same process can be applied to a whole production line. By studying the production process in a virtual environment, manufacturers are able to detect bottlenecks and areas that need improvements. VR also eliminates the need of building actual full-scale models, which is very convenient in sectors such as aerospace manufacturing, where prototyping can be extremely expensive.

Safety is another area where VR can be successfully applied. By digitally simulating the production processes, it’s possible to identify dangerous manoeuvres in advance. Automotive giant Ford, for example, has already reduced employees’ injuries by 70 per cent thanks to VR.
The same process can be used to improve consumers’ safety by simulating the real circumstances in which a product will be used. For example, automotive manufacturers can reproduce various weather and traffic conditions to optimise the safety features of their vehicles.

AR can facilitate maintenance. For example, the information that technicians need when checking or repairing a machine can be projected directly on the part on which they are operating. This eliminates the need to consult charts and instruction manuals, speeding up the process. Moreover, the information projected guides the operator, so that even a relatively unexperienced worker can perform the necessary repair.
Similarly, AR can be used to deliver expert support without flying specialists from one side of the globe to the other. Any employee equipped with AR glasses can in fact be guided remotely by a specialist, who provides support by simply simulating the actions that the employee should perform. This technique can also be used to train new employees. Moreover, both AR and VR can give excellent support in preparing staff for emergency procedures.
For Kant, virtual reality was something that only existed in our minds, but nowadays AR and VR have practical applications that forward-thinking manufacturers are already taking advantage of.
About EU Automation
EU Automation stocks and sells new, used, refurbished and obsolete industrial automation spares. Its global network of preferred partner warehouses, and wholly owned distribution centers, enables it to offer a unique service within the automation industry, spanning the entire globe.  It provides worldwide express delivery on all products meaning it can supply any part, to any destination, at very short notice.