Instrumental is attacking the 20 to 35 cents of every $1 spent in manufacturing that is wasted. That waste comes from literal scrap at the various factories in the process, returns, mistakes, extra experimentation, travel, and engineering time that wasn’t used efficiently.. 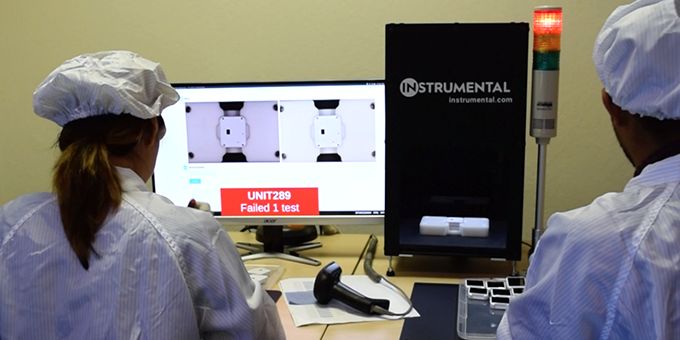 What’s the origin story of Instrumental?

I’m a mechanical engineer by training. I worked at Apple as a product design engineer – it’s what they call mechanical engineers – designing parts and process for iPods. I was tapped to be the product design lead for the first Apple Watch, which was an incredibly unique role.  On one hand, I was leading a large team of engineers through the process of finding and fixing issues on the line during prototype builds, on the other, I was reporting back into senior executive leadership on the issues we were finding, the status, and the readiness of the product. From that vantage point, I was able to see how the proverbial tail wagged the dog: small issues on the line were impacting when we could launch the product and how profitable the program would be. Those small issues had big business impacts, but we didn’t have great tools to find and solve those issues quickly – so I left Apple to go build those tools, and that became Instrumental.

What problem does Instrumental solve?

Instrumental is attacking the 20 to 35 cents of every $1 spent in manufacturing that is wasted.  That waste comes from literal scrap at the various factories in the process, returns, mistakes, extra experimentation, travel, and engineering time that wasn’t used efficiently because the engineers didn’t have what they needed to move forward. We’re building a comprehensive solution to that problem. Today, our customers buy Instrumental software because they want manufacturing quality assurance on their lines.  In development, they use Instrumental to discover new issues they didn’t know they had, so they can fix them for good. In production, they use Instrumental to intercept problem units in real-time, and to be a watchdog for both recurrent failure modes and new ones caused by operator turnover or other seemingly small changes in the process or upstream components. We save our customers on rework costs by identifying issues earlier than their existing processes, and prevent quality escapes that result in returns and brand damage. Our production customers regularly save tens of cents on every unit they build using Instrumental software.

How is Instrumental’s product different from conventional vision systems?

To date, conventional vision systems are deployed on manufacturing lines for incredibly specific tasks: measure a specific gap to a spec, identify a fiducial for a robot for positioning, check for presence of a part, etc.  They are rules-based, and everything they are looking for needs to be thought of and programmed in advance.

Instrumental’s customers are the brands who own the design decisions and ultimately put their mark of quality on a product when they sell it to customers.  We’re used across the electronics, medical, and vehicle industries by leaders in quality on discretely manufactured products that are typically worth $50 or more (though not always).  Motorola Mobility has been using Instrumental since the beginning of 2018, and has rolled this technology out on all of its smartphone development lines.  We work with other Fortune 500s who have high-value brands where quality is a key factor, and smaller companies where safety is the main motivator.

Tell a story or two about how Instrumental technology has made an impact on a customer.

Instrumental supports both development and production – so I’ll share one of each.

The purpose of development is to find and fix issues as quickly as possible – this ultimately chips away at the waste we were discussing before.  In our work with Motorola Mobility, one of the mechanical engineers on the team used Instrumental software to identify an issue several days into the build – while he was still in Chicago even though the build was happening in China. He saw units failing for a cosmetic specification relating to the rear-facing camera at the end of the line and looked them up with the Instrumental web application to get more detail. He immediately saw that the camera trim ring was moving much more than it should be allowed to move, causing a concentricity issue.  This could only happen if there was a design issue with the parts themselves. The engineer immediately sent a collection of photos to his team and their supplier, and they were able to quickly identify and fix the design issue, before they started cutting replication tools. The engineer told us that having that kind of visibility saved him hundreds of hours of time on just this one issue.  He remains a power user of Instrumental, logging in nearly every day.

In production, the purpose is to have the highest yield process possible while still delighting customers with the quality of what is produced.  One of the advantages that Instrumental offers is that we can identify issues we’ve never seen. Earlier this year, Instrumental’s algorithms discovered an anomaly on a production line that had been in service for several months already.  We found severe damage to a key functional component that was not stopped by the functional testing in place, but would very likely caused a field performance issue. Instrumental found it though, the units impacted were stopped before they left the factory, and an enduring test looks for this issue on an ongoing basis today.  In another case, Instrumental is inspecting a medical device made up of nearly 100 tiny components, and has been regularly identifying new defects that the team was not aware of and can now act to eliminate. 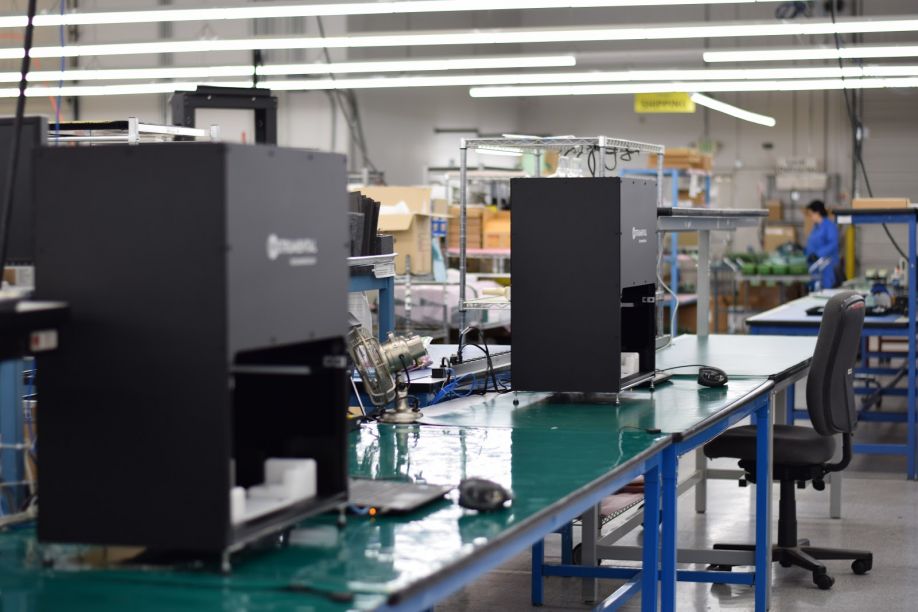 How long does it take to get up and running?

We’ve been in our customers’ shoes before, so we designed Instrumental to be incredibly low-lift. We are are full stand-alone system, so no fancy integrations are needed to get started, just power and an ethernet line. Once our customer has decided to purchase, we show up a few weeks later, setup the equipment, calibrate it, and get going.  Our customers typically start seeing value the first day we are on the line receiving units and have live intercept tests setup within a week of normal development input (tens or hundreds of units). 90% of our deployments are in China, though we have done work in other countries.  We are proud to state that we play well with factory internet considerations, including working on low-bandwidth connections and seamlessly handling intermittent internet outages.

How does the partnership with Motorola effect the company and the technology?

We are incredibly proud to be partnering with Motorola Mobility to support their future smartphone development lines.  Motorola has been a pioneer in the new product development process for decades – it’s where Six Sigma was invented after all – and almost everyone else in consumer electronics has replicated this process for themselves. For the company, it’s an excellent public proof point of the value of the technology, as we often work with very secretive brands we cannot talk about.  For the technology, this partnership has already enabled the acceleration of impactful features we’ve rolled out across our customer base, with more planned for 2019.

How does Instrumental fit into the landscape of the future of manufacturing?

While today, Instrumental’s core product is a quality assurance system, our unique database infrastructure enables us to do much more than just vision applications, which we’ve already begun developing. Instrumental is incredibly focused on comprehensively eliminating the waste in manufacturing – and our contribution will be in bringing brains to the automation systems already in development or in place on manufacturing lines. Combining automation and brains creates autonomy – and Instrumental wants to do this not just on an individual factory floor with one supplier, but across an entire supply chain. 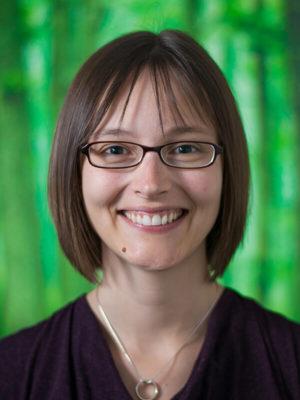 Anna-Katrina Shedletsky
Anna-Katrina Shedletsky is an engineer and a problem solver. She has received two degrees in mechanical engineering from Stanford University and was an Apple Product Design Engineer for six years. Anna designed mechanical components for three iPods and led system product design for the Apple Watch Series 1. She has spent over 300 days in China finding and fixing issues on one of the most admired manufacturing supply chains in the world. Anna is currently the CEO of Instrumental, a company she founded to build technology that modernizes new product development and mass production processes with rich datasets and machine learning. Anna regularly speaks on the future of manufacturing and automation. As an advocate for increased diversity in technology, she founded the Women in STEM Mentorship Program in 2013, which has matched hundreds of women university students studying in STEM fields with practicing industry mentors to support their transitions into fulfilling STEM careers.