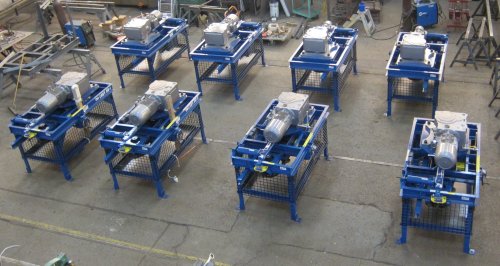 Contrary to popular opinion, Henry Ford didn’t invent the automotive assembly line. That was Ransom Olds of Oldsmobile fame, who reportedly patented his novel manufacturing approach in 1901. Twelve years later, Ford simply took Olds’ good idea and made it better. Much better, it seems. Rather than using a stationary line like Oldsmobile, the Ford Motor Company founder added a moving conveyor, thereby reducing worker fatigue while drastically increasing production throughput. The concept stuck, and more than a century later, the moving assembly line remains an integral piece of most automobile manufacturing.

More efficient motion
As with any electromechanical system, however, there’s always room for improvement. Craig Dahl knows this quite well. As manager of the parts and service department at OCC Conveyor Inc., he was a member of the team called upon to design and build a more efficient means of driving the assembly lines at a leading automaker’s plants in the United States, Canada, and Mexico.

The heart of what is now known as the “OCC Systems Torque Arm Conveyor Drive” A custom-built gearbox solution that utilizes the Overhead Conveyor Drive gear unit from NORD DRIVESYSTEMS, who collaborated extensively with OCC on its design and implementation.

OCC Systems Engineering Manager, Carl Wingert, working with NORD developed “the extended shaft gearbox specifically for this application,” And because conveyor systems in different automotive plants will require different horsepower ratings and output speeds, NORD provides OCC with a complete range of gearboxes to accommodate. So far, that includes everything from 2 horsepower all the way up to 20 horsepower, and conveyor speeds from 5 to 70 feet per minute. Working directly with automotive customers and NORD, OCC has implemented high speed indexing inverted conveyors that are run at 125 FPM.

Nearly eight decades strong
OCC Systems has plenty of experience in the manufacturing arena. Founded in 1945, it is a privately-owned system designer and integrator with facilities in Redford, Flint, and Ferndale, Mich., its headquarters. Dahl explains that the company has “around one hundred full-timers” but pulls in additional tradespeople when needed for larger projects. It also boasts in-house engineering, fabrication, machining, and installation capabilities, and is able to “bring all of the parts and pieces together to supply fully integrated systems to our clients.”

Most of these are big-name OEM automakers, yet OCC’s customer list also includes heavy equipment and robotics manufacturers as well as a global courier delivery service, for whom it recently delivered a massive package handling system. From automatic guided carts and automated storage and retrieval systems (ASRS) to flat top, skillet, and skid-style conveyors, there’s little that OCC Systems won’t tackle.

As Dahl explains, the Torque Arm Conveyor Drive described earlier is one such project. In 2014, their customer asked them to find a more energy-efficient and maintenance-friendly replacement for the legacy “Floating Frame” conveyor drives in service at that time. Working closely with the customer and NORD, OCC soon developed a unit containing far fewer parts and a modular construction. The customer approved the design and OCC quickly went into production—last year alone, they installed more than 180 of the innovative drive systems.

Fighting friction
One key feature of the Torque Arm Conveyor Drive is its ability to use the ANSI X458 and X678 (American National Standards Institute) and comparable styles of Drop Forged Rivetless Chain, an automotive standard that dates back to Henry Ford’s days. It also eliminates all V-belts thanks to an integrated gear motor and brake, has a backup bar and crank arm that allows two systems—one passive, the other active—to work in tandem, and numerous design enhancements such as centralized lubrication, simplified torque settings, and bolt-on adjustable legs for easy leveling.

“By moving away from belts and pulleys, we eliminated numerous connection points, each of which increases friction and leads to power loss,” says Dahl. “The net effect is greater energy efficiency, which we calculate at about 5% or more. That might not sound like a lot, but the annual savings in electrical costs are significant for a large manufacturer with hundreds of multi-kilowatt motors on the production floor.”

Perhaps even more important is the ease of maintenance and reduction in conveyor downtime. Not only are the new systems faster to service and repair, but because of the backup bar and crank arm mentioned earlier, a drive that fails during a production shift can quickly be brought online by switching to the backup system, allowing technicians to service the defective unit after hours.

Building confidence
Dahl notes that this last benefit, even more so than the system’s energy efficiency, is what gets automotive maintenance people so excited when they see the new design. “Talk to anyone responsible for keeping a plant running and that’s what they gravitate to,” he says. “In fact, I had a customer in here a few months ago who was visiting for another project. He took one look at the Torque Arm Drive and immediately pulled out his phone to take some pictures so he could show his boss. He was pretty excited.”

Standardization is similarly important, says Dahl. That’s why OCC Systems—together with their customer—decided early on to work with NORD in developing the extended shaft gear drive, which again, forms the heart of this conveyor drive unit. “NORD has been a great partner for many years, and this is a great example of that. Between its greater efficiency and modular, easily maintained construction, I look forward to seeing more of these units deployed in other assembly lines. I have a lot of confidence in this product.” 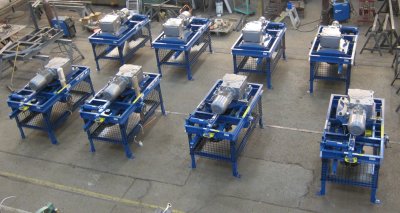 OCC Systems has installed many hundreds of its Torque Arm Conveyor Drive system since 2014, with 180 units alone going into service over the past year. 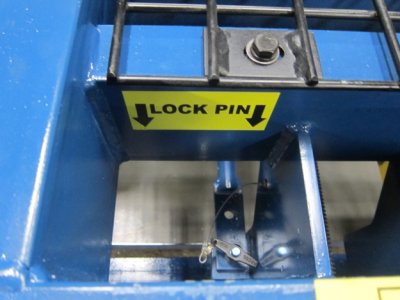 Safety is a key requirement in any conveyor drive. OCC Systems’ new design has only improved on that important attribute. 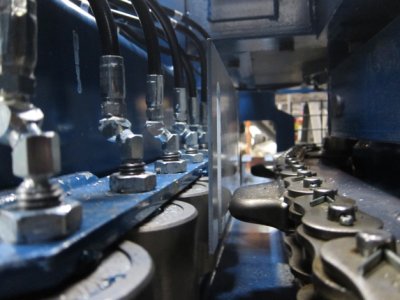 The standard ANSI X458 Drop Forged Rivetless Chain continues to enjoy widespread use in the automotive and other industries. 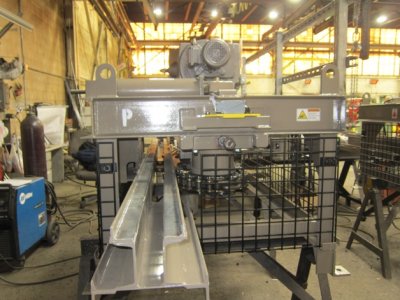 OCC Systems and NORD Drivesystems have a long partnership. In the case of the Torque Arm Conveyor Drive discussed here, NORD supplied a custom, extended shaft solution that allowed the conveyor manufacturer to improve its design. 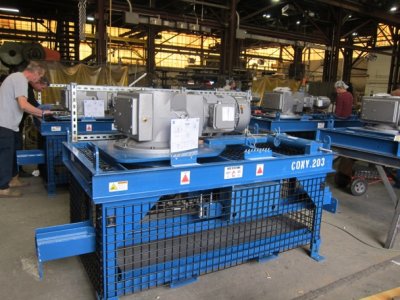 With close to eight decades of experience and comprehensive design, manufacturing, and installation capabilities, OCC Systems is well-equipped to handle practically any conveyor need.


About NORD DRIVESYSTEMS®
With more than 4,000 employees, NORD DRIVESYSTEMS has been developing, producing and selling drive technology for more than 50 years, and is one of the global leaders of full-service providers in the industry. In addition to standard drives, NORD delivers application-specific concepts and solutions for special requirements such as energy-saving drives or explosion-protected systems. In financial year 2017, annual sales amounted to $781 million. NORD now has subsidiaries and sales partners in 98 countries worldwide. The dense sales and service network guarantees optimal availability, enabling short delivery times and customer-oriented service. NORD produces a very diverse range of drives for torques from 88 to more than 2.2 million lb-in, provides electric motors in the power range of 0.16 to 1,341 HP, and manufactures frequency inverters with the required power electronics of up to 215 HP. Inverter solutions are available for conventional control cabinet installations as well as for decentralized, fully-integrated drive units.
More Supply Chain Stories | Articles | News