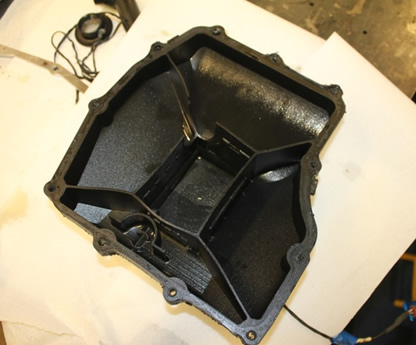 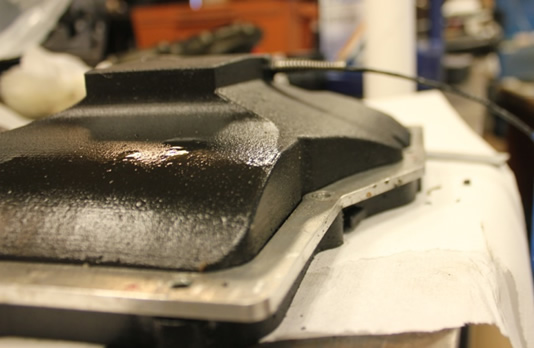 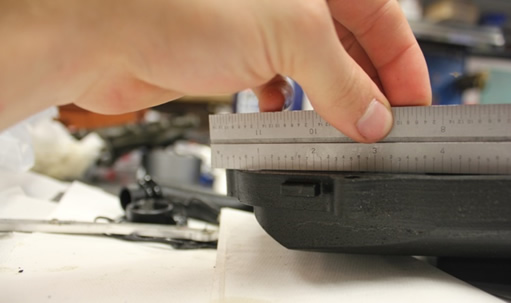 It worked “amazingly” (verbatim) on the 2016 and 2017 race car as the 3D printed oil pans allowed UVic team to significantly lower the engine, and thus decrease the vehicles overall centre of gravity improving the performance of the car. 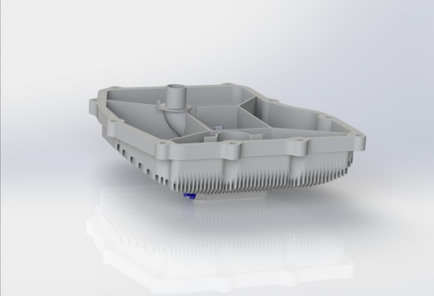 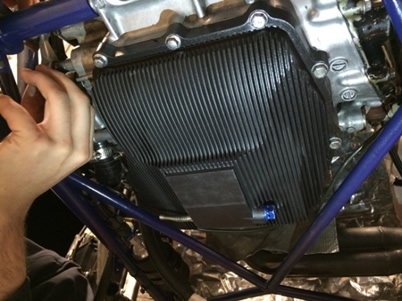 The use of laser sintering technology also allowed UVic Formula Motorsport team to create a more complex geometry due to the ease in manufacturability. This allowed team to incorporate baffles within the pan to get rid of the possibility of oil starvation during cornering.

However, during a test day with their 2018 vehicle, the engine overheated causing the oil temperature to increase beyond the limits of the designed pan. During the post inspection it was found that any thin walled surfaces deformed quiet significantly, meaning that the baffle walls of the pan were significantly warped, and one of the sections of the mating flange had been pulled into the pan creating a significant leak.

The team decided to re-evaluate all of the Windform® TOP-LINE range of high performance materials available from CRP USA for the 2019 vehicle, and chose to go with Carbon-filled Windform® SP composite material due to its higher melting point as compared to Windform® XT 2.0. However, to also decrease the chances of having a failure during a test day - or worse at competition - the team increased the thickness of the mating flange to allow for a large amount of surface area for an aluminum pressure flange.

To solve the problem of the baffle walls warping due to the high heat, UVic Formula Motorsport team decreased them to just one central one located around the oil pickup as well as adding a large supporting ridge, to the top of the wall to limit the need to thicken the entire wall.

The changes resulted in a more robust oil pan. 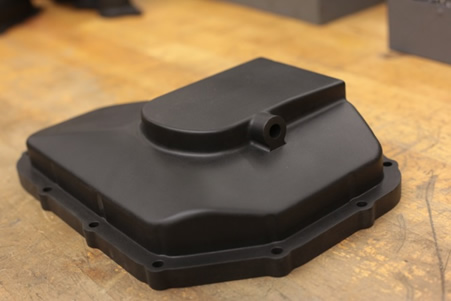 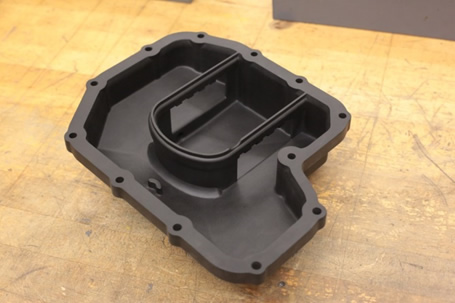 UVic Formula Motorsport team, “With laser sintering technology and Windform® TOP-LINE composite materials from CRP USA at the finger tips of our engineering team, we are able to design complex parts that previously would not have been possible.”

Scantar does in-depth research and analysis on the latest home electronics, appliances, and manufacturing trends.
More Products
Feature Your Product