Revolutionizing the IIoT Industry One Streetlight at a Time 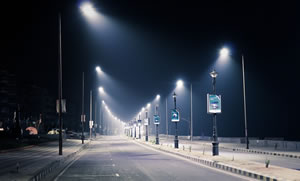 IEEE Spectrum:  For some, innovation can stem from a dream or scribbles on a cocktail napkin. For Tre Zimmerman, co-founder and chief technology officer of Ubicquia, an Industrial Internet of Things (IIoT) provider, his next idea came from taking in the view one afternoon from his son’s bedroom window. At 2 p.m., Zimmerman noticed that a streetlight outside was still lit, when it clicked that that connectivity and power, nearby and readily available, were as accessible as the nearest street lamp.

“It gave me the sense that there obviously was power coming off the top of this light pole, and all we had to do was figure out how to tap into it,” said Zimmerman,

Up until that point, there were three major barriers that stood in the way of easy IIoT implementation for Ubicquia:

Power: Distributed power is necessary 24/7 to create, store and transmit data.
Networking: There is a shortfall of broadband capacity to meet IIoT demands.
Cost: The price tag of cobbling such systems together can be staggering.

When Zimmerman recognized that a light pole could potentially solve all three of those challenges, the idea for Kairo began to take form. Over several months, Ubicquia designed and built a wide range of microcontroller boards featuring a variety of sensors and actuators that could be housed in a form factor no larger than a soda can.  Full Article: