5G networks are opening new opportunities to manufacturers including speeding-up the IoT with faster data transfer rates and more efficient connections and communication between devices. Therefore, 5G will be key to the growth of the IoT in 2022. 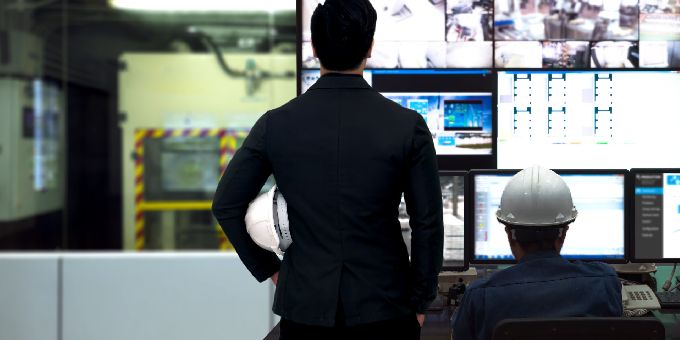 Major IoT Trends to Expect in 2022

Cisco Systems estimates that the Internet of Things (IoT) was first born around 2008 or 2009, which makes it more than a decade old. But after another turbulent year of COVID-19, supply chain disruptions and technological shifts, what can we expect from the IoT in 2022? Here Claudia Jarrett, US country manager at automation parts supplier EU Automation, explores the major IoT trends for 2022 — including 5G, edge systems, machine learning and more.

Cisco’s belief that the IoT began in the late noughties is based on the definition of IoT as "simply the point in time when more 'things or objects' were connected to the Internet than people.” The things-to-people-ratio grew from 0.08 in 2003 to 1.84 in 2010. But when was the term ‘Internet of Things (IoT)’ first used?

That’s believed to be 1985, when Peter T. Lewis, co-founder of the first US cellular phone company, Cellular One, gave a speech at the Congressional Black Caucus in which he said: "The Internet of Things, or IoT, is the integration of people, processes and technology with connectable devices and sensors to enable remote monitoring, status, manipulation and evaluation of trends of such devices."

That definition of IoT is fairly consistent with how we understand it today. The questions is, how  can manufacturers use digitalization to overcome the kinds of pandemic and supply chain-related turbulence we’ve seen in recent months?

The future is 5G

Gartner reports that global spending on 5G infrastructure grew by $19 billion in 2021 at an annual growth rate of more than 39 per cent, and these numbers are likely to increase dramatically in 2022. 5G networks are opening new opportunities to manufacturers including speeding-up the IoT with faster data transfer rates and more efficient connections and communication between devices. Therefore, 5G will be key to the growth of the IoT in 2022.

However, with these opportunities come cybersecurity risks. Not only will 5G entail a physical overhaul of networks that include more IoT devices, but we’ll also see a transfer from hardware to software networks. Software, however, presents new cyber vulnerabilities, considering that these networks involve harvesting massive amounts of sensitive data share between increasing numbers of connected devices.

Security experts hope that artificial intelligence (AI), machine learning and automation will offer the way forward, evolving alongside threats to critical systems. But what will AI and machine learning mean for the IoT?

“Artificial intelligence is poised to unleash the next wave of digital disruption,” reports McKinsey. Plant managers should be especially interested in AI algorithms that learn over time and get better at tasks by performing them repeatedly ― otherwise known as machine learning.

Machine learning is especially useful when large volumes of data are being managed and increasingly captured by connected devices and the IoT. While those reams of data would be too much for a human worker to process, machine learning can rapidly analyze them in real-time to identify anomalies and report the findings to human workers in easily understandable form.

Machine learning has proven useful at all stages of supply chain management. Motorcycle manufacturer Harley Davidson, for example, used a software called Albert that predicts which prospective customers are most likely to convert into sales, increasing sales by 40 per cent. Meanwhile, back on the shop floor, machine learning algorithms can detect, say, when a machine is working at reduced capacity, and alert decision makers when preventative maintenance is needed.

However, in Lewis’ words, the only way to get the most from the IoT is “the integration of people, processes and technology”, meaning that human workers might have to be upskilled.

Close to the edge

Edge computing will be a key IoT trend in 2022 as manufacturers build on-board analytics capabilities into their equipment ― essentially moving data processing as close as possible to its source of origin.

Rather than equipping machines with what Forbes calls, “dumb” sensors, like basic microphones or cameras, edge devices are instead fitted with smart sensors. This includes microphones with language processing capabilities, humidity and pressure sensors, or cameras equipped with computer vision.

With robots, for instance, 2D vision systems are employed to detect simple colours or textures such as in barcode detection. With 3D vision systems, multiple cameras are used to create a multi-dimensional model of objects. An example of this is Shibaura Machine’s vision system, TSVision3D. Two high-speed cameras continuously capture 3D images, which are processed through intelligent software to identify the exact position of an item. The robot can then determine the most logical order and pick up items with sub-millimetre accuracy, as easily as a human worker would.

Edge computing can combine with these smart sensors and computations can be performed more quickly, while less data is transmitted to and from the cloud to relieve network congestion and reduce latency on the network. Aside from giving the ability to gather, process or act on data in real-time, the speed of edge computing also benefits maintenance ― predictive or otherwise. This makes it is possible to more quickly identify when equipment parts need to be repaired or replaced.

In these cases, a reliable industrial parts supplier can help source the exact part manufacturers need, when it’s needed.

According to Forbes, “Resilience is high on the agenda following the unprecedented disruption of the past two years, and IoT technology provides great opportunities to build more robust and disaster-resistant organizations.” But what supply chain areas should manufacturers focus on with their IoT investments?

Manufacturers can learn from Dirk Holbach, chief supply-chain officer for Henkel. In his interview with McKinsey & Company, Holbach recommends three main areas. First, visibility, which means understanding what’s going on at any point in time in your extended supply chain. Second, people, which means to “set up the business to be more centrally standardized and organized, adding to strong regional and local teams empowered to make fast decisions within a given framework.” Lastly, Holbach recommends companies review their product sourcing.

Again, this data must be acquired, processed and used at a faster range — all processes that require multiple, integrated systems. More Industrial Internet of Things (IIoT) devices like smart sensors and edge systems can give an all-encompassing view of supply chains — one example would be conditional monitoring sensors that alert human workers when a machine component is showing signs of failure.

For instance, Nokia, according to PwC’s Digital Factories 2020 report, has incorporated lean management and data analytics across its global supply chain. This includes wearable technologies for operators, robots and gesture-based equipment controls. Nokia says it has been able to improve manufacturing processes and increase operational stability through digitalization.

The onus is on manufacturers to learn from the supply chain disruptions of the last two years and improve their predictive and preventative maintenance strategies. Whether its origins began in 1985 or 2009, the answers lie in the IoT.

To know more about the range of new, reconditioned and obsolete parts available from EU Automation, visit www.euautomation.com.