There is no doubt that sensors have enabled the rapid uptake of IIoT. The smarter the sensors are getting, the more impressive the IIoT realm is becoming. 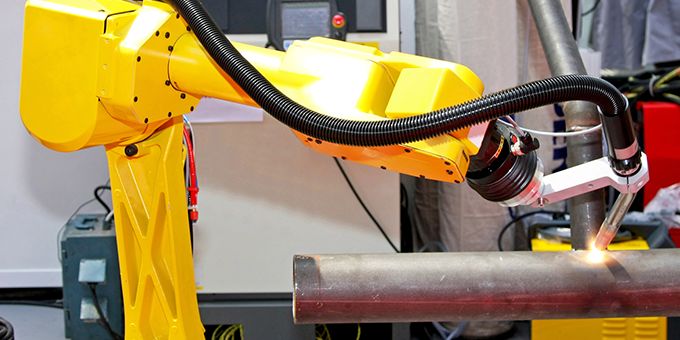 Is Independent Interconnectivity a Thing?

The global population of connected things now exceeds the world’s human population. With an estimated 8.4 billion devices currently in use, the internet of things (IoT) is here to stay. Jonathan Wilkins, marketing director at obsolete parts supplier EU Automation, explains what independent sensors mean for the future of manufacturing.

Manufacturing is the top sector for IoT spending, and there’s a good reason for this. No other sector can reap the financial benefits quite like it. From greater operating efficiency to minimal machine downtime, the industry is not only a big investor in IoT, it’s revolutionizing its use.

PwC found that one in three manufacturers are enhancing their internal operations using the industrial internet of things (IIoT). Sensors are being used at the heart of smart manufacturing environments to improve asset maintenance and increase supply-chain efficiency.

There is no doubt that sensors have enabled the rapid uptake of IIoT. The smarter the sensors are getting, the more impressive the IIoT realm is becoming. Take vision sensors as an example. Robot guidance applications, where a camera tells the robot where to move to pick up parts or assemble them, have advanced considerably. Today, you can see the likes of Toshiba Machine industrial robots, working with high tech 3D vision systems such as the TSVision3D system, without the need for old fashioned CAD drawings.

As sensors continue to advance, the gap between old and new technology becomes more apparent. This is made worse by the fact that many of the experts in legacy equipment maintenance are retiring. However, this gap can now be bridged as the industry develops new technology that is helping old technology.

Take an old but reliable motor for example. Smart sensors can convert it into an intelligent device, capable of outputting hundreds of thousands of useful datapoints a second. These hardworking old machines certainly have their place in the IIoT revolution with the addition of retrofit sensors.

This means that old legacy systems, often referred to as the backbone of US manufacturing, don’t need to be considered a barrier to the uptake of new technology. It certainly explains why so many manufacturers aren’t hastily overhauling entire production lines with a rip and replace approach as they adjust to the IIoT era. Instead, if legacy parts break, they most often source a replacement from an obsolete parts supplier such as EU Automation.

To simplify sensor integration into their applications, many manufacturers require increasingly intelligent sensors that provide a certain degree of data processing embedded inside the sensor, with vendor-provided software to match. A robot is a good example of this. When using a robot, a human doesn’t need to handle raw sensor data to operate the robot arm, but instead uses readily processed data with ease.

Robot’s aren’t new, but for many sensor types, the idea of processing complex data locally is. Smart sensors can process more complex data within the sensor unit, rather than relying on remote processing from the programmable logic controller (PLC). This embedded local data processing means real time events can be locally processed without waiting for the raw data to be uploaded to the central PLC program.

This brings about the notion of independent interconnectivity. Yes, it’s an oxymoron, but it makes sense. Ultimately, a sensor that just sends its data along for remote processing is not considered a smart sensor. At a minimum, a smart sensor is made of a sensor, a microprocessor and communication technology of some kind. The independent data processing must be an integral part of the physical design.

A smart sensor also incorporates software-defined elements that provide functions such as data conversion, digital processing and communication to external devices. It’s this inbuilt interconnectivity that will keep smart sensors at the forefront of IIoT.

The benefits of using smart sensing technology in manufacturing are accuracy and reliability. These enable picking, placing and lifting to be performed at higher volumes, with improved waste reduction, decreased downtime and refined quality control.

Though sensors are indispensable to IIoT applications, there are still obstacles to overcome before the next generation of intelligent sensors are widely adopted in the production environment. As the number of IIoT devices in use grows, we can expect advancement of sensors to come about more quickly than ever before. Watch this space.