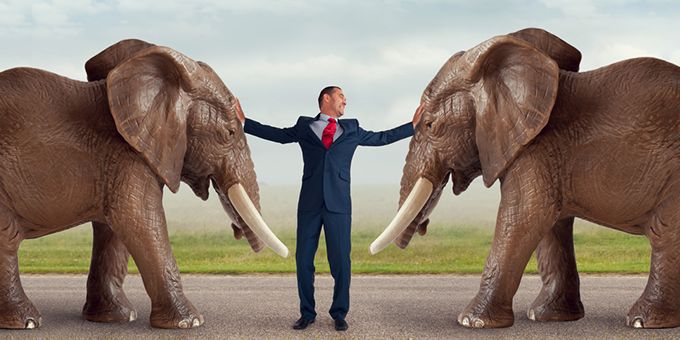 Dispute Resolution in the Modern World of Manufacturing

Readers of Manufacturing Tomorrow know of the tremendous advances in manufacturing technology and engineering that have occurred in recent years, and will no doubt continue many years into the future. New technologies, systems, and applications are now in the works that will soon further revolutionize a wide range of manufacturing processes. But one thing has remained a constant over the years – disputes. Inevitably, disagreements arise in the industry, whether those disagreements involve applications, performance, specification compliance, intellectual property ownership, or any of a number of other subjects.

What has not kept up with technological change is the sophistication of dispute resolution. That is a particularly serious problem for manufacturers because the increasing complexity of manufacturing technology often makes disputes more complex, even arcane, than disputes of the past. Some would say that we have 21st century manufacturing technology, but 19th-century mechanisms for resolving disagreements. Businesses generally hate to go to court because they see the process, often correctly, as cumbersome and yielding results that have nothing to do with the facts. While that is sometimes true, it is not because the judicial dispute-resolution mechanism (i.e., litigation) is broken. Rather, it is a consequence of the fact that disputes are more and more sophisticated, technology-based, and specialized.

The means for resolving disputes can enter the 21st century as well if the parties are smart. While most people today are familiar with arbitration as an alternative to litigation, arbitration as it has been done often works no better than court-room litigation for resolving sophisticated and modern engineering-based disputes. If you have a sophisticated question about compliance with specifications, for example, an arbitrator is no better than a juror in coming to a correct decision if he/she doesn’t have some reasonable technical fluency, which most arbitrators do not. Most arbitrators were either laypersons with no particular technical background, or lawyers who may have tried many cases, but who “glaze over” when they hear engineering terms, statistics, and the like. There is no requirement that arbitrators be knowledgeable about the subject matter they are deciding or even speak the language necessary to understand the subject matter.

But that can easily be changed much for the better if parties in a dispute recognize a few essential points:

If you have the right arbitrator(s), you are off to an excellent start, but that is not all. You have to prepare and present your case well. You must explain simply and clearly exactly why you should win.  Your story, your theme, has to be told so that it is understood immediately and is compelling.  That story needs to be fact based. It is a story, not a legal pronouncement. Lawyers are taught in law school that the law determines the outcome of cases, but in the real world the facts largely drive the outcome of cases.

Controversies and disputes are part of life. They need not be disconcerting or fear-inspiring. They need to be seen as a normal, albeit occasional, part of business. What enables you to deal with disputes effectively and with a minimum of disruption is to understand that the best way to resolve a controversy is to take steps to ensure that the outcome is what is expected – i.e., that the outcome is what it should be. That takes three things. Critical self-analysis of the problem. Preparation of your story. And having a decisionmaker who can understand that story, no matter how sophisticated it may be.

About David Walbert
After decades as a leading attorney, David F. Walbert is employing his experience and technical insights in arbitration. Walbert’s sciences background informs his arbitration work across engineering, manufacturing and other industries. A graduate of Stanford University and the University of Michigan, Walbert earned his undergraduate and master’s degrees in physics. He received his law degree from Case Western University. Walbert has practiced before both state and federal courts, and he is admitted to the Bar of the U.S. Supreme Court and several federal Courts of Appeals. During his career, he has tried medical malpractice and personal injury cases, environmental cases, civil rights cases, white collar criminal cases, and complex commercial cases. He has also been counsel in significant class actions. Walbert has appeared numerous times before the Supreme Court, and he has taught at the Emory University School of Law.

The COMVEC™ Technology Connection is the only North American event that addresses vehicles and equipment spanning the on-highway, off-highway, agricultural, construction, industrial, military and mining sectors. The content for this event is driven by the need to reduce C02 emissions and improve vehicle efficiencies for fuel savings. COMVEC covers the latest and critical need-to-know information impacting global commercial vehicles today and in the future. Make plans to join 850+ technical experts and business leaders for 3 days of professional development in the way of expert-led panel discussions, compelling technical sessions, influential keynotes, world-class networking, and a technology-driven exhibit show floor.
More Products
Feature Your Product