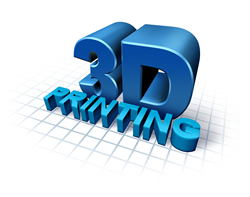 Kristin Houser for Futurism:  From drones to hyperloops, retailers have no shortage of big ideas for getting products to consumers more quickly in the future. However, if advancements in 3D printing continue on their current trajectory, the very concept of shipping could become obsolete. Instead, we’ll simply print whatever we want right in our homes.

The idea behind 3D printing, also known as additive manufacturing, is fairly straightforward. The printer creates a three-dimensional object from a digital file one layer at a time. The process has been around since the 1980s, and while early 3D printers were large, expensive, and used primarily for industrial prototyping, that’s not the case anymore.

Today, 3D printers come in a range of sizes and price points, and they can be used with a seemingly limitless variety of materials. We have printers that can replicate human organs, ones that can construct entire houses, and even printers that can craft custom pizzas.

Anyone who wants a 3D printer for their home can now buy one for as little as $400. Yet advanced systems still cost thousands of dollars, and even those are fairly limited in terms of capabilities. Some can only print with certain materials, and simply printing in two different colors is too much for many of today’s systems.

So, when will we all have 3D printers that can actually print anything we want — and do so faster than an Amazon drone can deliver it to us?  Full Article: