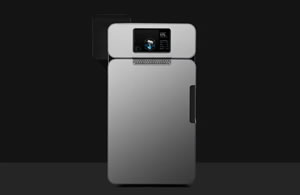 Michael Molitch-Hou for Engineering.com:  When MIT-spinout Formlabs first burst onto the scene in 2012, the startup’s Form 1 3D printer was an immediate hit. Though low-cost fused filament fabrication systems had begun to proliferate thanks to the RepRap movement, no one had yet made an affordable stereolithography (SLA) printer.

It was no surprise then that the Form 1 raised nearly $3 million on Kickstarter as the first desktop SLA machine. The company has since developed the second generation of its flagship machine, the Form 2, and released numerous materials and accessories, including the most recent Form Cure and Form Wash devices for post-processing SLA prints.

It’s been almost five years since the Form 1 was launched, and now Formlabs has returned to the market with two new products that could have a huge impact once again, not just in the desktop 3D printing market, but in industrial manufacturing as well.