Elon Musk: Robot software will make Tesla worth as much as Apple 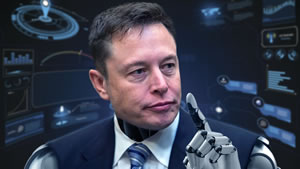 Jeremy C. Ownens for MarketWatch:  Elon Musk thinks his robot software can make Tesla Inc. worth as much as Apple Inc. He has the chance to prove it very soon.

In three different facilities spread across America, Tesla’s  robot-manufacturing prowess is about to show its worth. If Musk — who, to his credit, is building rockets that can land already — can accomplish his accelerated ambitions for automated manufacturing, Tesla would at least own a piece of the pipeline over Apple.

Musk said in 2015 that Tesla could achieve a $700 billion market cap in 10 years, and he prefaced his reiteration Wednesday with, “I may be completely delusional.” When an analyst asked Musk to update his bold statement in an earnings call, the CEO said it would “heavily involve Tesla going at the machine that builds the machine.”  Full Article:

Real Time Systems - ALL APPLICATIONS ON ONE HARDWARE PLATFORM

The RTS Hypervisor enables work-load consolidation of both real-time and non-real-time operating systems on a single x86 based platform. Unlike traditional virtualization, we partition and allocate the hardware for each work-load and provide a "privileged" mode for real-time operating systems that guarantee zero impact to determinism while adding zero jitter. This is instrumental for work-loads such as robotic controllers managing motion control where minimum jitter is required. And, our hypervisor is designed for easy setup and configuration for any work-load consolidation scenario. This equates to deterministic real-time applications taking advantage of all the benefits of virtualization immediately, without costly implementation projects.
More Products
Feature Your Product