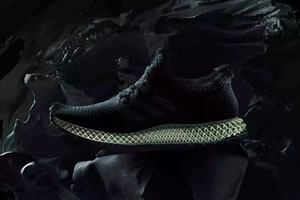 James Vincent for The Verge:  Adidas has been playing around with 3D printing as a manufacturing method for a while now, but its latest sneaker — the Futurecraft 4D — might be its most ambitious creation yet. The mid-sole of the shoe is created using a process known as Continuous Liquid Interface Production, in which the design is essentially pulled out of a vat of liquid polymer resin, and fixed into its desired shape using ultraviolet light.

The Silicon Valley company that created the method, Carbon, say it’s faster and more adaptable than traditional additive printing, and can make mass-production 3D printing a reality. Carbon is financed by funds set up by Google and General Electric, and say its methods allow for companies to go from design to product faster than ever. They also claim the final materials are more robust and flexible than traditional injection moulded plastics.  Full Article: