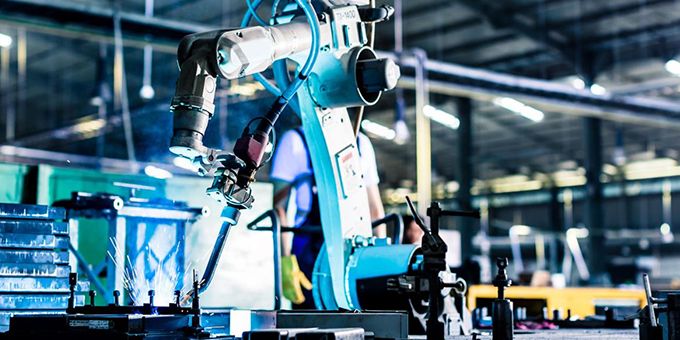 Reshoring is a hot topic in the United States. Politically charged, the practice promises an increase in jobs for workers, profits for manufacturers and a revival of the ‘Made in the USA’ movement. Here, Mark Howard, United States country manager at industrial parts supplier EU Automation, explains how small to medium sized manufacturers can prepare for a manufacturing resurgence, driven by reshoring and regulatory changes.

Reshoring is the transferring of a business operation that was moved overseas, back to the country it originated in. In this case, United States manufacturers are bringing their services home from other manufacturing economies, such as Asia.

But, what’s driving this change?

Impending regulation by the International Maritime Organization (IMO) has mandated a reduction in fuel emissions, in a bid to lessen the environmental impact of ships. The regulation will be effective January 2020 and is predicted to rapidly drive up demand for higher quality fuels for shipment.

Increasing the cost of transporting goods across seas, the regulation means it will become more cost effective for goods typically made in China – that’s 20 per cent of the worlds manufacturing output — to be sourced from homegrown or near-shore manufacturing facilities. Sounds great, doesn’t it?

Back in the 1970s, when the United States produced 18 per cent of the world’s total goods, the industry looked a lot different to the sector we know today. While automation and robotics were present in some factories, the technology was certainly not commonplace. In fact, one of the arguments as to why Asia has stormed ahead in the global manufacturing race, is due to the region’s aggressive deployment of automation.

China, for example, is the world’s largest market for industrial robotics, boasting sales close to the combined volume of Europe and both North and South America in 2016. The United States is certainly not averse to automation, but use has been limited to largescale facilities. As the manufacturing renaissance begins, this needs to change.

Small to medium sized manufacturers have no doubt heard of the smart factory movement. However, they would be forgiven for thinking investing is too expensive. Thankfully, that is not the case. Investing doesn’t require an entire systems overhaul. Instead, industrial parts suppliers are enabling manufacturers to make small incremental changes to automate production.

Consider this as an example. A manufacturer of peripheral products for automotive production, such as electrical control and security products, may already use a SCARA robot to assemble circuit boards. However, the facility may not have an adequate programmable logic controller (PLC) to control the robot and any associated automation, such as a conveyor, in the most effective manner.

By investing in new technology to complement automation, the manufacturer could reap significant production rewards. In this instance, the PLC system could enable complete synchronization of the conveyor and SCARA robot, allowing circuit boards to be assembled without pauses in production.

Should the IMO’s fuel emission regulation cause increased costs for overseas imports, improved productivity in US facilities will be essential. America cannot spore entirely new production facilities to replace the large amounts of manufactured goods we currently import from Asia. However, manufacturers can prepare to increase their capacity by using automation.

When large organizations are hit with larger invoices by their overseas suppliers, America’s small and medium sized manufacturers must become the go-to guys. For this to succeed, these businesses’ access to the technology that will allow them to manufacture as efficiently and quickly as their overseas predecessors, must be readily available.