Fit To Print: See Firsthand How GE's Additive Business Is Changing The Way We Make Jet Engines, Jewelry And More

A few years ago, a team of eight GE Aviation engineers decided to give additive manufacturing a whirl and 3D print a helicopter engine. Using a laser beam to weld together hair-thin layers of a metal powder, they combined 900 different parts into just 14, including one engine segment that used to have different 300 components. The printed parts were also 40 percent lighter and 60 percent cheaper. “To make these parts the ordinary way, you typically need 10 to 15 suppliers, you have tolerances, you have nuts, bolts, welds and braces,” said Mohammad Ehteshami, the engineer who led the effort. “All of that went away.”

The business is capitalizing on a technology that is building parts from the ground up, layer by layer, and quickly changing how we design and make things. The world spends between $13 trillion and $17 trillion annually on manufacturing, Ehteshami says, and capturing just 0.5 percent of the total could be an $85 billion opportunity for the additive industry.

GE Additive formed last fall when GE acquired majority stakes in Concept Laser and Arcam AB, two European makers of 3D printing machines. In 2016, the companies sold some 200 printers combined, but Ehteshami foresees the number “doubling if not tripling this year.” Arcam President and CEO Magnus René said that the investment was “a huge endorsement of the whole additive industry.”

Many of the machines will go to companies far beyond GE’s orbit, making goods as varied as car parts, dental implants and jewelry. But GE also will continue to play an important role. The company is already printing parts for jet engines, gas turbines, and oil and gas equipment, and its insights will help Arcam and Concept Laser improve their machines. “We know exactly how the machine behaves and how the product behaves,” Ehteshami says.  “We can go back and modify the machine to make it even better.” No other company, he says, can match that.

GE Additive will also connect the printers to Predix, GE’s software platform for the industrial internet, and use it to analyze and improve performance. “We are starting to look into the soul of the machine,” Ehteshami says.

The center, which will have 10 3D printing machines by the end of the year, is teaching customers about every aspect of additive design and production. “It’s a different mindset,” Ehteshami says. “You need a new way of thinking, you need different training, you need different machines. This whole ecosystem is quite different from how we did things before.” Adds Rob Griggs, who runs the centers: “We are firm believers that additive adoption is now, versus tomorrow.” 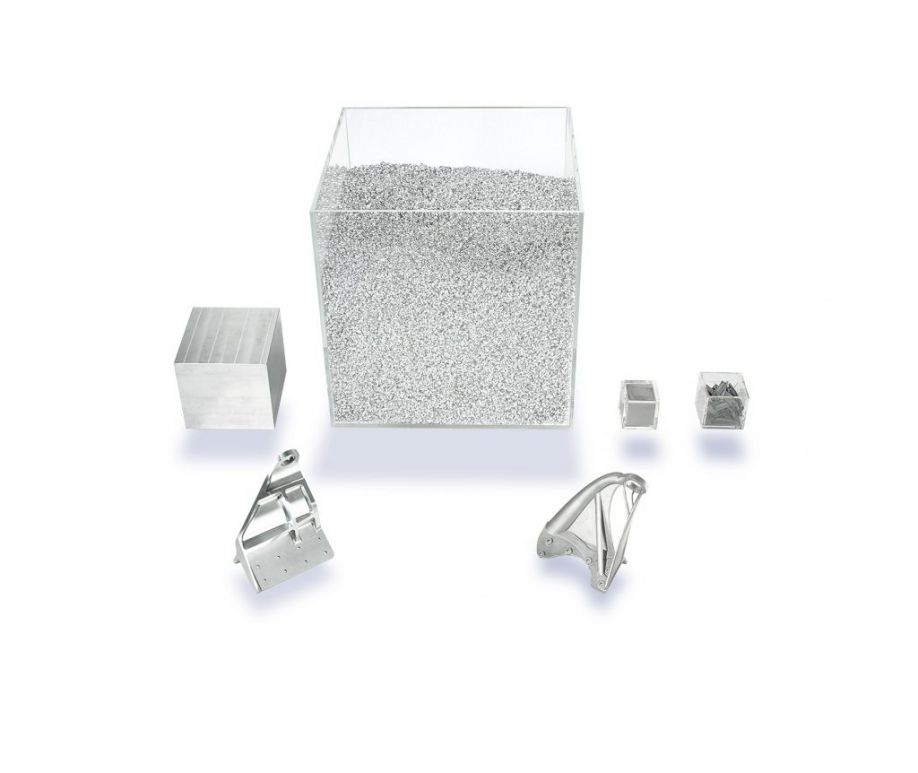 Above: The bracket on the left was produced by conventional “subtractive” methods from the left-most metal cube. Most of the input material became waste (the largest cube). The bracket on the right was 3D printed on a Concept Laser machine from a metal powder (the third cube from the left). The waste, in the right-most cube, was also minimal. Image credit: Laser Zentrum Nord GmbH & Technische Universitat Hamburg-Harburg/Concept Laser. Top image: A dental implant printed by LAC-Laser Add Center GmbH. Image credit: Concept Laser. 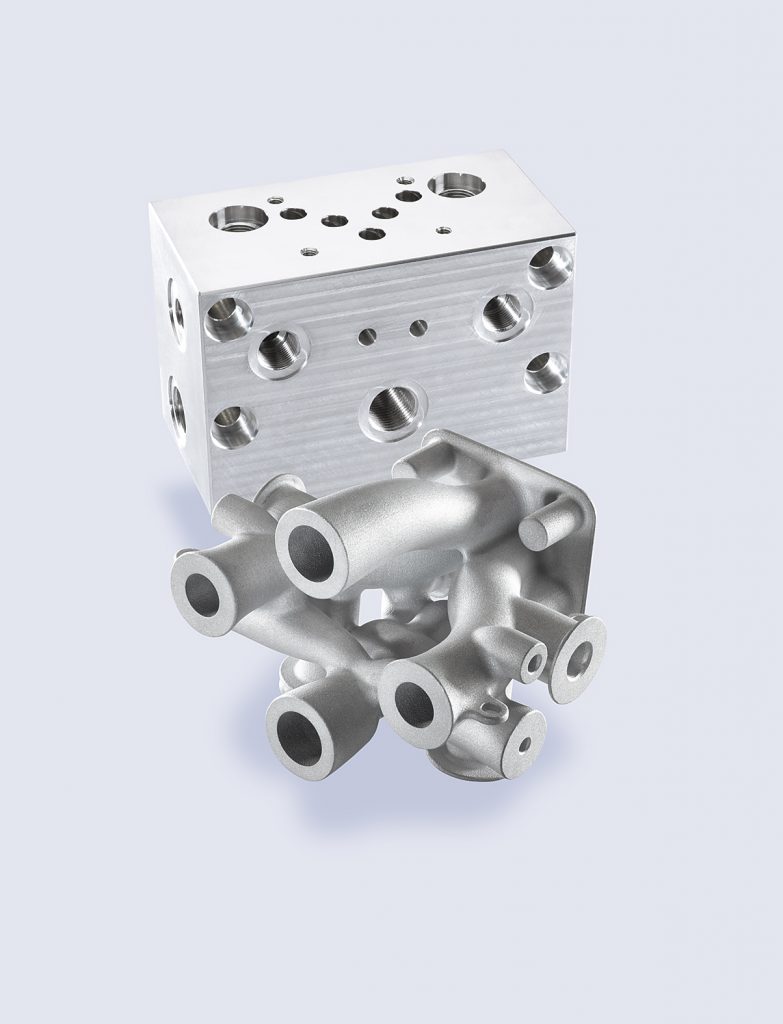 Reprinted with permission from GE Reports