Like a superstrong magnet, 3D printing will pull manufacturing away from the manufacturing hubs and redistribute it, product by product, among thousands or tens of thousands of smaller factories across the globe.

3D Printing - Is this the Next Wave of Technology?

How could 3D printing replace mass production with production by the masses?

Traditional manufacturing depends on mass production and its economies of scale, and low labor costs, which are barriers to entry for would-be competitors.

3D printing eliminates those barriers because a single machine can make an entire part or product, fully assembled, and one worker may run an entire roomful of 3D printers.

As the technology advances, anyone will be able to make anything, thereby democratizing manufacturing.

The greatest potential disruption of mass production by 3D printing is the elimination of the market protection provided by economies of scale.  Take, for example, dinner plates.  You probably have a set of eight dinner plates.  The entry barriers to mass-producing such products protect the markets of the companies that make them.  Companies using traditional methods cannot enter the dinner plates market unless they have enough capital to build a big factory, and they must make and sell millions of dinner plates to cover the cost of the factory and have some profit left over.

When people can 3D print almost any product, mass production will be displaced by production by the masses.

While 3D printing is called a disruptive technology, how will it create new businesses and jobs?

Think about the horse.  When the horse was the main form of transportation, there were many horse-related jobs.  When the automobile came along, all of those jobs were lost.

But many new jobs were created, jobs that never existed and could not be conceived during the horse era.  The same thing will happen here: many jobs will be lost but many new job-generating businesses will be created.

3D printing will spawn businesses, products, services, and jobs that are as unimaginable today as the auto industry was to the world population at the dawn of the twentieth century.

Examples of such businesses are independent fabricators, product customization; 3D printer networking, digital blueprint marketplaces and libraries, companies that shift from manufacturing to selling or licensing digital blueprints for their products, security, and 3D scanning.

Software engineers in the 3D printing job market will be like kids in a candy shop.  They will be in high demand to write, update, and manage software to meet 3D printing–related software needs for anticounterfeiting; authenticating parts and products; authorizing, certifying, controlling, and managing service providers; converting designs and scans to 3D printable data; customization; design; digital rights management (DRM); encryption; file authentication; file management; manufacturing, machine-control, and optimizing use of the build chamber; networking; workload balancing; process monitoring and management; quality control; specification creation, control, and management; remote control; scanning; security; streaming; and many other needs yet to be discovered.

Entrepreneurs will write such software and build businesses around it.  One example is 3DprinterOS, which wrote an operating system compatible with many consumer-grade 3D printers.  Within four months of its launch, 4,700 users in 920 cities and eighty-three countries used the system to create 8,100 prints across more than two thousand 3D printers.

What are the legal (and illegal) side effects of 3D printing?

Most uses of 3D printers will be legal.  But 3D printing can also be the devil’s playground. Like anything else, 3D printing has a dark side, and some people will be drawn to it.

Almost everyone has heard about Texas law student Cody Wilson, who made headlines in 2013 by 3D printing a plastic gun and posting the blueprints on the Internet.  The blueprints for Wilson’s gun were downloaded one hundred thousand times before the US government forced their removal from the server.

The ZigZag plastic gun was 3D printed in Japan shortly after Wilson printed his.

In 2015, police in Chiloquin, Oregon, made arrests for the illegal possession an AR-15 assault rifle.  Its lower receiver—the key to what makes it a weapon—was believed to have been 3D printed.

An unidentified fabricator modified the digital blueprint for a commercial silencer, then 3D printed a cool-looking custom silencer.

But gun-printing criminals are still thinking inside the box.  Although the plastic guns 3D printed to date are not very pretty, they still look like guns.  However, there is no reason why a 3D printed gun might not look like a shoe or a hairbrush or a soda bottle.

Criminals have also been thinking of dark-side 3D printing applications beyond guns.  A Frenchman 3D printed fake facades for cash machines, which cloned the data on users’ ATM cards.  Criminals in Sydney, Australia, used 3D printers to make attachments for bank machines that skim bank card information from unsuspecting ATM users.  By using 3D printers, the criminals make the skimmers look like they are part of the ATM machines.

Organized crime is jumping on board.  In coordinated raids against gangs in Malaga, Spain, and the Bulgarian cities of Sofia, Burgas, and Silistra, police seized equipment used to 3D print sophisticated skimming equipment, including fake card slots for bank machines.  A criminal who calls himself “Gripper” makes a 3D printed skimmer by the same name, which he sells online.

The portability of 3D printers means illegal items can be made in constantly relocated stealth factories, while the Internet can be used as the Illegal Information Superhighway.

In 2014, the FBI’s Terrorist Explosive Device Analytical Center (TEDAC) announced its intention to buy a 3D printer to study whether terrorists can use 3D printers to make bombs.  It will probably find that the answer is “yes” and “soon.”

In their article entitled “Toward the Printed World: Additive Manufacturing and Implications for National Security,” Connor McNulty, Neyla Arnas, and Thomas Campbell say that 3D printing may make nuclear proliferation harder to detect because countries and political groups who are not part of the “atomic club” may use 3D printers to make parts for nuclear weapons.  In fact, rogue nations or groups may use 3D printers to make products they can’t buy because of international sanctions and embargoes.  As New America warfare expert Peter Singer observed, “3D printing could turn sanctions—which have been a crucial part of foreign policy for a generation or more—into an antiquated notion.”

How will 3D printing revolutionize product design, merge science and nature, and launch a manufacturing renaissance?

This allows designers to create products that never existed before, and to give existing products radically different look and feel.

Complexity, customization, and batches of one also don’t add to the manufacturing cost of 3D printed parts, so designers can design highly complex, mass customized parts without increasing cost.

Science and nature will merge in such designs, resulting in products that look more like they were grown than built.

Product designs will tend to become more natural and organic because 3D printers make such designs not only realizable but are also easier to print than designs with traditional straight lines and square corners.  In fact, the sooner product designers and engineers stop thinking in terms of T-squares and start thinking about how Mother Nature designs things, the sooner we will see both radically new product and part designs and radically new products.

Some designers are already breaking the straight-line/square-corner paradigm.  My book contains images of some great examples, such as a hauntingly beautiful 3D printed violin that looks nothing like any violin you have ever seen, a 3D printed robotic arm that looks like an elephant’s trunk, and 3D printed drones that can easily be confused for real birds.

Regarding a manufacturing renaissance, it is no more expensive, per part, to 3D print one part versus a million parts, to customize every part instead of making them all the same, and to make highly complex parts, which eliminates the need for economies of scale and low labor costs.

This means there is no advantage and maybe no need for centralized mass production where labor costs are low, so thousands or tens of thousands of 3D printing fabricators will pop up all over the world, making customized parts and products regionally.

If one machine can make any part or product, companies will use them to make parts when needed, bringing jobs home to countries with high labor costs.

How could the concept of a genuine product soon become meaningless?

How could 3D printing help create a greener world?

Unlike traditional machines, which cut or mill or grind or drill away as much as 90 percent of the feedstock, 3D printers generate less waste because products are made from little more than the amount of material that ends up in the finished part.

By comparison, a product can be 3D printed using far fewer machines, and no assembly is required, resulting in less energy usage.  The all-in costs also include the price of the materials, including the quantity wasted by traditional machines.  Even where 3D printing a part uses more energy than traditional methods, its carbon footprint can be lower over the life of the part, as is true of lightweight aircraft part.

Traditional manufacturing is also usually done far from where the products are needed and used.  The reason for this is that traditional manufacturing requires a lot of labor, so things are made where labor is cheap.  But this requires shipping and warehousing.  Labor, shipping, and warehousing all have carbon footprints.  Because far fewer machines and less labor are required to 3D print parts and products, they need not be made in far-off lands, so the carbon footprints are reduced if the parts are 3D printed near the point of need.

Can a 3D printer use materials such as steel or titanium --- or are new materials being developed to manufacture formerly metal products?

Some types of 3D printers use many types of metals, including steel and titanium.  In fact, 3D printing is well suited to manufacturing with titanium because it eliminates the need to weld the metal, a difficult process with titanium.

Companies are also developing hybrid materials that could substitute for metals.

3D printing seems like a slow process. Is the technology advancing to a point where printing could keep up to current assembly line manufacturing processes?

Companies and universities are working on speeding up 3D printing.  Some processes, such as High Speed Sintering, may rival the speed of injection molding.  HP says the 3D printer it will release this year is much faster than other machines on the market.

But as I explain in my book, as 3D printers become more and more capable of making almost any finished product, centralized mass production may no longer be needed and, as a business model, may become as antiquated as the dinosaur.  Like a superstrong magnet, 3D printing will pull manufacturing away from the manufacturing hubs and redistribute it, product by product, among thousands or tens of thousands of smaller factories across the globe.  Speed is not as important if manufacturing is customized and low volume. 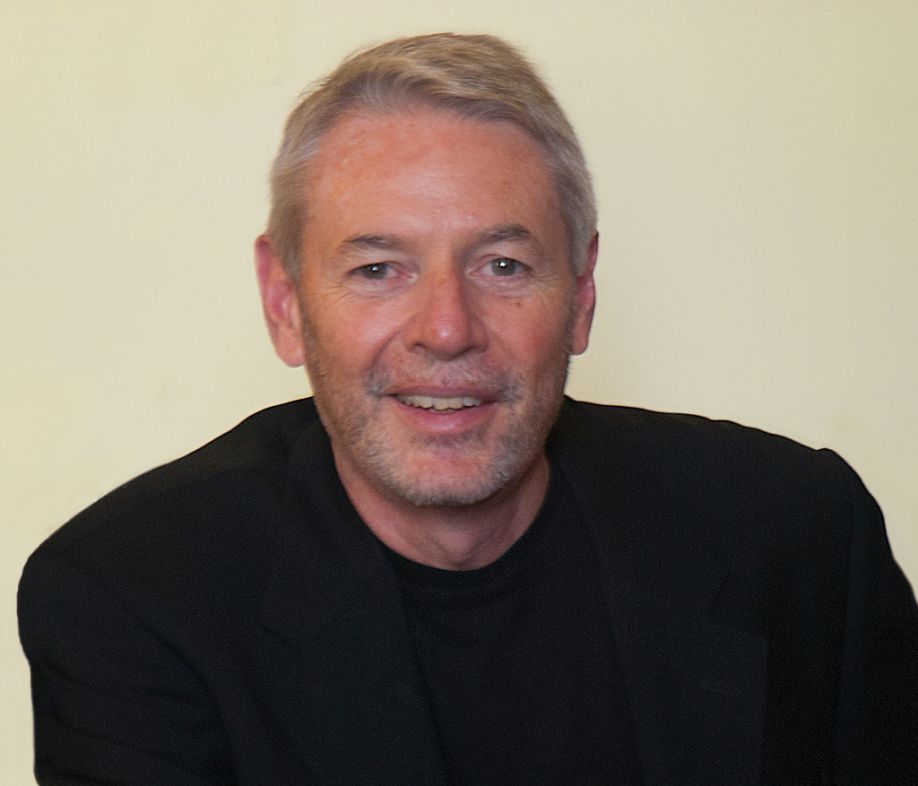 About John Hornick
John Hornick is the author of 3D Printing Will Rock the World. As the founder of Finnegan Law Firm’s 3D Printing Working Group, he advises clients about how 3D printing may affect their businesses. Hornick frequently speaks and writes on 3D printing and has been recognized as a thought leader in this space. As the only IP attorney selected by the U.S. Comptroller General Forum on Additive Manufacturing, he is also a juror for the International Additive Manufacturing Award.